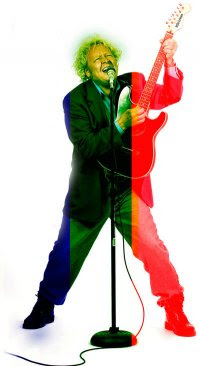 Tonight’s all-Chicago showcase kicks off at 9:00PM with The Ringles, power pop veterans who continue to release impressive CDs. Their latest, Rickenbacker Ballet is now available on Jam and CDBaby. Guitars play an essential role in Ringles songs like the very British sounding psychedelic ballad “Inspiral Faire” and the chiming pop of “She Doesn’t Know.” Van Go follows with a classic power pop sound on songs like “Ethan” and “Dear You” that feature impressive vocal interplay and catchy melodies.

The Romeros rev up the tempos on catchy tunes like “Tonight” and “Big In Japan” while displaying a knack for clever lyrics. The band’s Cooler Than Your Boyfriend EP is now available. At 10:30PM, you can see what the boys in The Backroom will play. The band specializes in highly melodic power pop on songs like “I Want Out,” and recently released its debut CD, Reagan Era Rocketship. The five-member band Sincerely Calvin has recently reunited and is back to playing melodic rock songs like “Corporate Ladder” and the ambitious “Movement.” They’re currently working on a new CD.

Power pop fans who have been looking forward to Cliff Johnson’s solo debut Little Crimes will have an opportunity to hear him play songs from it when he headlines tonight’s showcase. A first rate singer and charismatic performer, Johnson is also a talented songwriter who penned songs like “Stay In Time” and “Full Moon Turn Your Head Around” while he was with Off Broadway. He co-wrote the music for Little Crimes with Jim Timbers. Whether he plays any of the Off Broadway canon or stays strictly with his new stuff, Johnson will no doubt serve up an exciting finale for this year’s International Pop Overthrow Chicago.