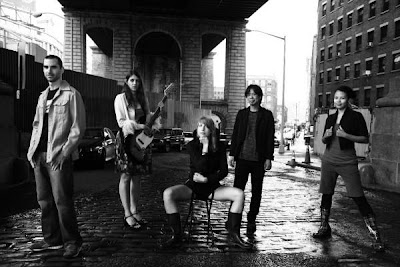 I dropped by Bird’s Nest last night and caught most of the International Pop Overthrow Showcase. Like The Abbey, Bird’s Nest has a friendly, neighborhood bar ambience that complements the good vibes that seem to flow naturally at these IPO events. The audience was enthusiastic, and the musicians exuded a spirit of cooperation and mutual support. I’m hoping to post a more detailed review of last night’s showcase within the next few days.

Today marks the end of International Pop Overthrow Chicago 2010, and there are two separate showcases at The Abbey Pub on Elston in Chicago. I sometimes wonder if there’s any real purpose to my providing previews here on Broken Hearted Toy, particularly since I usually don’t post them until a few hours before the show. But I’ve discovered a lot of interesting new bands through this process of checking their MySpace pages, and I hope at the very least, the exposure here might lead some readers to find out more about them.

Once again, a tip of the hat to IPO founder David Bash for the number of talented acts he pulls together each year. So, here’s today’s afternoon lineup. All acts are from Chicago unless otherwise noted.

Telstar, led by Anthony Calderisi, opens this all-ages showcase at 1:00PM with ringing guitars and strong melodies on songs like “Miracle” and “I’m Down.” The Spindles mix covers (there’s a killer version of The Hollies’ “Look Through Any Window” on their MySpace page) and catchy originals like “Peace With The Past.”

The Webelos also draw on The Hollies for inspiration, along with Fountains Of Wayne and Wilco, and have been doing extremely well in the Red Eye newspaper’s Rock ‘n’ Vote contest. Songs like “Shift Your Gears” have a classic power pop feel while “Oh Miki” finds them taking a lighter, almost Country & Western feel. The band’s Model Citizen EP is due out soon.

Blackout Dates play hard-hitting songs like “Enjoy The Ride” that brim with raw vocals and careening guitars. Changing Modes is an intriguing New York quintet that blends female and male vocals in cutting edge songs like the title track from its recent Down And Out In Shangri-La CD. Empire Garrison has members from Minneapolis and Chicago and plays mainstream rock tunes like “She Will Be The Record” that boast sophisticated arrangements and vocals.

Terry - I for one enjoyed your roundups. Along with David Bash's facebook updates, your posts on the IPO have introduced me to a lot of great Chicago bands that I hadn't heard of.