CD Review: Imperial Teen - The Hair The TV The Baby And The Band 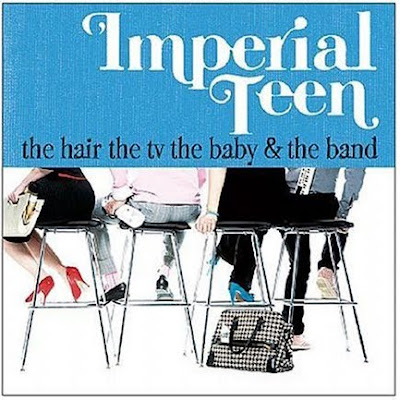 Note: This review originally appeared in the Illinois Entertainer back in 2007. Looks like these guys like to take some time between CDs. Hopefully, Imperial Teen will be releasing some new material soon.

Imperial Teen hasn’t gotten a bit rusty during the five years since its last CD, the critically acclaimed On was released. The Hair The TV The Baby And The Band finds the California-based quartet charging through various musical styles while creating indelible melodies and gorgeous harmony vocals. The band’s clever lyrics frequently use the entertainment business to illustrate the hassles of everyday life.

The mid-tempo “Everything” lives up to its name with an all-encompassing, rhyming list served up via rapid-fire male and female vocals. The catchy “Sweet Potato” is even more fun, as lead singer Will Schwartz razzes a Paris Hilton type while his band mates provide silly back up vocals reminiscent of The B-52’s. “Shim Sham” and “One Two” provide more party music while “Fallen Idol” offers subversive lyrics within an irresistible tropical arrangement. Imperial Teen also succeeds with the lower key indie rock of “It’s Now” and “21st Century.”