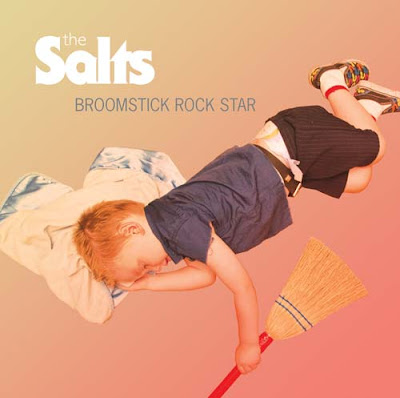 It’s hump day, and International Pop Overthrow will be checking into Bird’s Nest at 2500 N. Southport Avenue for another round of power pop and indie rock bands. All seven acts are from the Chicago area.

Singer-guitarist Vance Stephens, who starts things off tonight with an 8:00PM gig, shows how much the boundaries for IPO have changed over the years. His indie rock ballads are light years away from power pop, with spare, acoustic arrangements, soft-spoken vocals, and introspective lyrics. Club For Heroes likewise opts for indie rock, but adds a harder edge that recalls Seattle’s grunge scene. Vocalist Matt Feddermann gives the band a powerful presence up front while guitarists Matt Graze and Ben McCann provide plenty of firepower.

Kevin Lee is a veteran of Chicago’s power pop scene and continues to create catchy, guitar-driven songs. Now working with his back-up band The Kings, Lee will have plenty of material to draw upon for his 9:00PM set, including songs like the radio-friendly “I Still Believe” from his latest CD, Dusk Till Dawn. Last Days Of Pompeii blend humor with catchy, guitar-based rock songs. The band will be releasing a new CD, From Here On Out, in the near future. The Cells are a trio that crafts high energy power pop augmented by ringing guitars and harmony vocals. Songs like “She Robot” and “Drag It On” are particularly fun. The Cells have just released a new CD, titled Mayday.

Starting with a name that sounds like a cleaning product, The Right Tidys take an offbeat approach to creating their catchy pop music. Fronted by lead vocalists Erica Loftus and Michelle Tormey, this six-piece outfit tends toward clever and teasing lyrics on songs like “Set The Hook” and “Rippin’ Me Off.”

Headliners The Salts are scheduled to take the stage at 11:00PM. Their spare but energetic indie rock songs evoke Modest Mouse and The Strokes, with catchy melodies and biting lyrics about relationships. The prolific trio has quickly followed up Broomstick Rock Star, from late 2009 with the more recent Just A Pinch, and also has a disc from 2008 called Do A Somersault!

International Pop Overthrow shifts back to Red Line Tap for tomorrow night’s line-up, and then there’s a busy schedule of shows this weekend at Bird’s Nest and The Abbey.