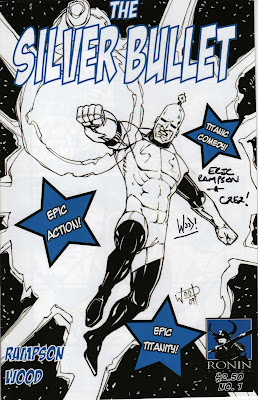 I’m not sure if anyone else combined the Chicago Comic & Entertainment Expo with Record Store Day like I did this past weekend. McCormick Place played host to a variety of exotic creatures as C2E2 landed for its first Windy City visit while RSD had indie music fans packing into retail outlets looking for one-of-kind treasures and watching live performances.

A young woman outside Reckless Records was handing out flyers for the Graham Crackers comic store just down Madison Street. I asked if her store had a booth at C2E2, and she enthusiastically described some of the things she had seen while working there the previous day, including the DeLorean DMC-12 from Back To The Future. I bought a special edition vinyl 45 of “Pump It Up” by Elvis Costello and gladly accepted a free 45 of the Chicago-based trio MR RUSSIA covering David Bowie’s “Boys Keep Swinging.”

C2E2 is like Wizard World (formerly Comic Con), which has been around much longer and is scheduled to return to suburban Rosemont August 19th -22nd. In addition to offering tons of comic books and graphic novels, some of which are free, both events inspire some visitors to dress up as their favorite heroes. Characters from Batman, Avatar, Star Wars, and Superman were on hand, and there was an official costume contest. The overall effect was like being at a huge Halloween party where you can buy a lot of cool stuff. Vendors sold action figures, posters, and t shirts, and there were even some booths offering spooky contact lenses and tattoos.

C2E2 had celebrity guests, including actress Carrie Fisher, writer Neil Gaiman, and several well-known comic artists. In addition to the DeLorean, visitors could have pictures of themselves taken sitting inside the Batmobile. Marvel Comics sponsored contests and had attractive young women in super hero costumes greeting visitors.

Artist Alley was filled with tables where successful as well as fledgling comic book creators hawked their wares. Some aggressively sought to connect with the people passing by, while others seemed more interested in drawing on pads of paper. I struck up a conversation with Eric Rampson, who along with Brett Wood, creates The Silver Bullet comic. It’s an imaginative series that follows the offbeat adventures of the title character. Rampson is also a member of The Fling, a Chicago improv group that includes a friend of mine, Heather Svoboda. Like other comic book creators in Artists Alley, Rampson and Wood take a good deal of pride in producing and publishing their own work.

At a time when we could all use a bit of diversion, Chicago Comic & Entertainment Expo and Record Store Day celebrated some of our favorite forms of entertainment as well as the creative spirit.