My Weekend At IPO 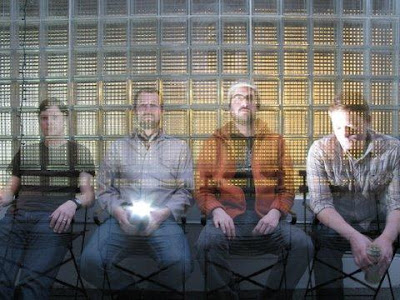 In a perfect world, I would be attending each of the International Pop Overthrow showcases being offered this week in Chicago. Founder David Bash does such a great job of putting these bands together, I always look forward to when he comes to town.

I’ve tried to entice other people to check out these gigs by providing a preview each day of the acts that will be performing. If it has seemed like some previews were more detailed than others, it was due to time constraints and not meant as a slight against any of the acts.

I caught the IPO showcases at The Abbey last Friday night and Saturday afternoon. I was familiar with some of the acts I would be seeing, but in many cases, my expectations were based on what had been provided via the Internet. It’s a kick to see these bands spring to life in person, and I can honestly say I wasn’t disappointed by any of them. The following is a review of Friday night’s showcase.

I met guitarist-vocalist Christopher Bevard shortly after his band Magatha Trysty had performed the first set of the evening. He told me they had been a late addition to this year’s IPO, but their catchy pop tunes like “Be Safe” and “Printer’s Row” came across as well-polished. Christopher and his wife, Catherine, who plays keyboards, traded lead vocals and frequently combined for some dynamic harmonies. Magatha Trysty also made a strong impression with a free three-song CD.

Bash introduced the next performer, Jeremy, as a longtime friend, and in fact, the Michigan based singer-guitarist/indie record label honcho has taken part in many IPO showcases. He sometimes works with several musicians, but on this occasion, he was backed by a bassist sporting a Paul McCartney style Hofner, and a drummer. Jeremy’s music often had a tripped-out psychedelic vibe, with vocals reminiscent of Robin Hitchcock, but there were also moments when cut loose and led his trio through some massive, hard rock jams.

The name Gidgets Ga Ga may conjure images of a glam rock band (or a multi-platinum singer with a similar name) but this Chicago trio played a workingman’s version of power pop that was consistently engaging. Songs like the catchy “Beki.” were particularly impressive, and Gidgets Ga Ga had more to offer on its new CD, The Big Bong Fiasco, which was for sale at the merchandise table.

The Laureates have been garnering a fair amount of press recently, and it was easy to see from last Friday night’s performance why this high energy power pop outfit has been impressing the critics. Their elaborate arrangements featured harmony vocals and ringing guitars, so it was no wonder the free CDs they were giving away at the merchandise table rapidly disappeared. The Laureates brought their rousing set to a close by covering The Velvet Underground.

The Blissters served up an energetic set of melodic rock songs like “Is It Monday?” that mixed elements of punk with male and female vocals and airtight three-part harmonies. Vocalist Erica C. sometimes seemed as though she was playing keyboards and guitar simultaneously. The four musicians were having a blast onstage, and that emotion was definitely passed on to the audience.

The Penthouse Sweets entertained with energetic indie rock songs fueled by two solid vocalist-guitarists in Andy Hansen and Lou Hallwas, as well as a goofball stage presence that kept the audience wondering what was coming next. Rubber-limbed Eric Quinlan was hysterical and talented on the keyboards, and all five members, including bassist Eric Chial and drummer Loren Guzik joined in on the fun. The group has released two CDs.

It was great to see Million Yen back on stage. The band released the classic power pop album Blue Television Windows in 2001, but hasn’t been active on the club scene as of late. The time off apparently didn’t hurt, as Million Yen opened with a rollicking take on Tom Petty’s “I Need To Know” before moving on to original gems like “Chemical Drip,” “Poor Little Rich Kid,” and “Velveteen.”

Sadly, I missed most of Ellis Clark & Epicycle, since I had to catch the 12:30 train back to Palatine. (My only complaint about Friday’s IPO showcase would be that it eventually ran over an hour behind schedule.) Clark, who is also a member of The Handcuffs, and has performed with many bands over the years, assembled an all-star band that included Handcuffs drummer Brad Elvis, a horn section, and several other guest musicians. The set opened with a symphonic version of “In Your Arms,” one of the better tracks from the ambitious Uber Der Berlin Wall CD by Social Act, one of Clark’s former bands. I only have the one song to judge by, but I’m sure I missed one hell of a performance by Ellis Clark & Epicycle.

I’m hoping to post a review of last Saturday’s afternoon show at The Abbey tomorrow.