Everybody’s Rocking On A Weekday 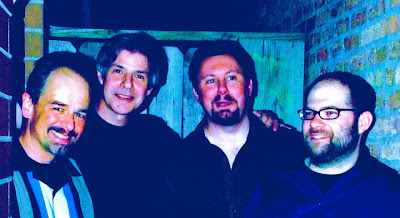 Singer-guitarist Frank Tribes, a former member of the impressive Garden Bower, will kick things off with shimmering rock tunes from his latest CD, Gallery. The Sometimes Family, a coed group that adds touches of jazz and blues to its introspective indie rock, has a self-titled CD that it will most likely be selling at its 8:30PM gig. Next up, vocalist-guitarist Lauretta Tagli will lead The PowWows through energetic, guitar-based songs like “Gimme” and “All I See,” backed by guitarist Anthony Caldarisi and drummer Kyle Olsen.

As its name suggests, the quintet Ditchweed Diesel aims for authentic Americana music, with spirited songs like “Nowheresville.” Go Time’s energetic tunes like “Broken Retrofit” and “You Know” have the feel of classic power pop, with ringing guitars, strong melodies, and harmony vocals. Former Parisian Julie Meckler now sings and plays guitar in the Windy City. Her music ranges from the delicate, cosmopolitan feel of “Mexico” and “No Wendy’s” to the grittier “Deportation Blues.”

Headliner Suddyn, scheduled to take the stage at 11:00PM, is the only non-Chicago only act on tonight’s bill, with members from New York and Ireland. The trio’s Dark Lights EP features evocative singer-piano player Alan on hard-hitting and atmospheric songs like “Generation.”