One Week And Counting 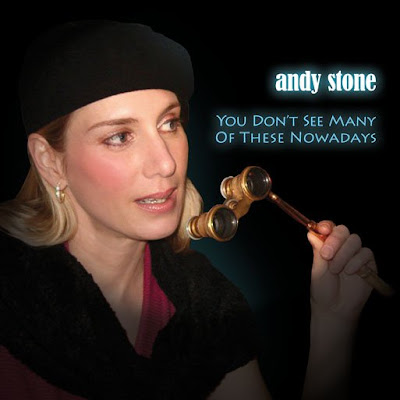 International Pop Overthrow started its 2010 tour of Chicago last Thursday at The Abbey, and now there are just three days left to catch one of these multi-act showcases. The action moves back to Red Line Tap tonight. All acts are local except as noted.

Larry O. Dean’s power pop credentials include time spent with the clever and catchy Post Office. A poet and artist as well as a musician, he brought a light, comedic touch to Fun With A Purpose, his latest CD with The Injured Parties. Look for Dean to perform some engaging musical portraits when the band opens tonight’s festivities at 8:00PM.

Milwaukee natives Certain Stars add biting lyrics to garage rock songs like “You’re A Caution” and “highschoolalloveragain.” The band released the five-song EP Wired For Sound in 2007 and the full length Times Like These Call For Tambourines in 2004.

Greg Pope comes from Nashville, Tennessee, and plays irresistibly melodic pop songs like “Fall Into Your Arms” and “The Only Thing I’ve Got” that evoke the British Invasion days of The Kinks with layered vocals and chiming guitars. He’ll have two critically acclaimed CDs, Popmonster and Pete, to draw from when he takes the stage at 9:00PM.

Taking its name from one of the Hamburg clubs The Beatles played back in their earliest days, Kaiserkeller specializes in raw but catchy tunes like “Faces” and “Flower Hill.” The band lists itself as “undiscovered” on its MySpace page, but hopefully that won’t be the case for long.

Eric Howell mixes elements of Americana music into his energetic mainstream rock, but can also delve into classic power pop on tunes like the satirical “Wubby Station.” He tends to rotate members in and out of his band The Implants, and he’s worked with some of Chicago’s better musicians over the years. Speaking of years, Howell has made a funny promo clip with special guests explaining how long it took to complete his Greatest Hitch CD. The audience will hear the results of that quest tonight at Red Line Tap.

Multi-instrumentalist Andy Stone isn’t a lead vocalist, so he recruited people like Tom Godsman, Phil Angotti, Mike Przygoda, and Danny Malone to sing on his You Don’t See Many Of These Nowadays and In The Coffee Shop, When CDs. Stone’s well-crafted compositions recall the mid-1960s with light arrangements and layered vocals. It should be interesting to see who he’ll have on stage with him for tonight’s gig.

You have to like a band that titles its latest CD, Welcome To My End Of The Rope. Tonight’s headline act Missile exudes an offbeat sense of humor on guitar-fueled garage rock tunes like “Real Job” and “Greased Slide To Hell.” Singer-guitarist Don puts across the funny lyrics with a brash attitude while drummer Jeff and bassist Josh join in on backup vocals.

IPO kicks off the weekend tomorrow night by returning to Bird’s Nest with a seven act lineup that includes headliners The Webstirs. Note: there are two showcases at The Abbey on Saturday; the first starting at 1:00PM and the second starting at 9:00PM. Be sure to check out International Pop Overthrow before it moves on to Milwaukee.

Thanks for the blurb, Terry!