Lineup For A Groovy Tuesday 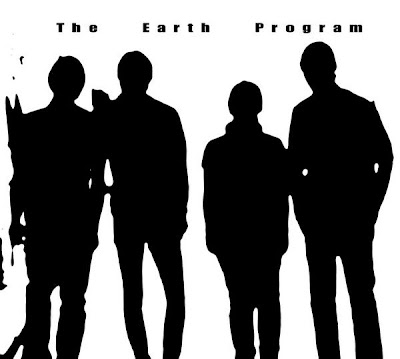 The coed duo of Katie & Pat will be the first of seven acts to perform. Their light indie rock is based on keyboards, acoustic guitars, and Katie’s engaging voice. The pair has released an EP titled Short Cuts. The experimental quartet The Earth Program not only lists its influences as “the universe and all its contents” on its MySpace page, it has apparently renamed Chicago ‘Obbityville.’ That sense of fun extends to songs like “Pink Pit (reprise)” and “Greeny” that mix garage rock with spacey keyboards. The Earth Program has released a CD titled, Invade!

Wiplot, the third act tonight comes from Bloomington, Illinois and plays catchy rock tunes like “Minus Mind” and “Lower Heights.” Superbig, scheduled to play at 9:30PM, offers catchy power pop on songs like “Ordinary” and “So Over,” and switches to high-speed joke rock for “Barrettes and Fake Tits.” The Velvet Cadillacs mix revved up guitar-driven rock with a dash of Country & Western on satiric songs like “Holiday Day” and “Things I Plan To Do.” Their Wish I Was Cool CD is available on iTunes. Unfortunately, Zerostars, a fun power pop band, is no longer scheduled to perform tonight. The current IPO schedule online now lists TBA for the 10:30 time slot.

IPO returns to Bird’s Nest tomorrow night with another batch of indie and power bands before heading back to Red Line Tap on Thursday.