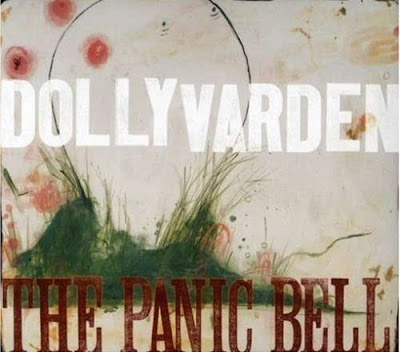 Singer-guitarist Steve Dawson and singer-guitarist Diane Christiansen front the Chicago band Dolly Varden. This husband and wife team was also the driving force behind Stump The Host, and has been responsible for a lot of interesting indie rock music.

Dawson has recently released his latest solo effort, titled I Will Miss The Trumpets And The Drums, and has shows coming up on April 25th at SPACE in Evanston; April 30th and May 1st at Off Broadway in St. Louis, MO; and on May 16th at the Old Town School of Folk Music in Chicago.

Here’s a review of the 2007 Dolly Varden CD, The Panic Bell. Note: This review originally appeared in the Illinois Entertainer.

On “Your Last Mistake,” he attacks political leaders, singing, “The world is run by finks and clowns/Who slither underground like snakes.” “Triumph Mine, Idaho” takes on industrial pollution, while “It’s All Gonna Change” and “The Truth Is Told” reflect on more personal relationships. Singer-guitarist Christiansen shines on her composition, the stark ballad, “Small Pockets.” Dolly Varden also succeeds with the catchy rocker, “Everything.”