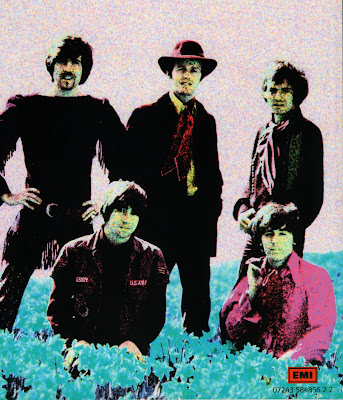 Further proof that The Hollies were more than just a hit singles band.

“I’ve Been Wrong Before” Guitarist-vocalist Terry Sylvester recently noted on his website that he would like The Everly Brothers to induct The Hollies into The Rock And Roll Hall Of Fame at the ceremony on March 15th. The Everly Brothers were among the very first acts to be honored. As a member of The Hollies from 1968 to 1981, Sylvester is keenly aware of the band’s deep-rooted admiration for Phil and Don.

Back in 1966, when The Hollies were at the peak of their popularity, they were invited to serve as the backing band on the Everly Brothers album, Two Yanks In England. Eight of the twelve tracks were original Hollies compositions that had been previously released on the band’s albums or as the B-sides of 45s. “I’ve Been Wrong,” an energetic tale of a jilted lover from the Hear! Here! LP, had a fetching melody, sophisticated vocal arrangement, and a jagged guitar sound that evoked a live performance. On Two Yanks, The Everly Brothers put their own stamp on this classic pop song, thanks to those legendary harmony vocals. Working on Two Yanks In London must have been particularly thrilling for vocalist Allan Clarke and vocalist-guitarist Graham Nash, who prior to forming The Hollies, had performed as an Everly Brothers inspired duo called The Two Teens.

“Suspicious Look In Your Eyes” The Hollies released an entire album of Bob Dylan covers in 1968, but like The Beatles, their music reflected his influence earlier than that. The best example is “Suspicious Look In Your Eyes,” which appeared on the Stop Stop Stop album. The mid-tempo arrangement features the band’s familiar chiming guitars and almost choir boy harmonies, but what stands out most is Allan Clarke’s distinctively Dylanesque delivery. “You’ve no control of what you’re saying,” Clarke sneers, “No faith in the things that I do.” Later, he complains, “You’re changing all your thoughts on me, you’ve no right to put me down this way.”

Released as For Certain Because - - - in the U.K., Stop Stop Stop just might be The Hollies’ finest moment. It shows Clarke, Nash, and guitarist Tony Hicks growing leaps and bounds as songwriters, and while not as adventurous or psychedelic as Evolution or Dear Eloise/King Midas In Reverse, which followed directly afterward, it’s a fine example of original British Invasion pop.

“Won’t We Feel Good That Morning” Romany, released in 1972, probably sounds less like The Hollies than any of their other albums. With Nash long gone and Clarke temporarily off pursuing a solo career, the band called upon Swedish native Mikael Rikfors to take over the lead vocalist chores. He didn’t sound anything like Clarke, and Romany had more hard rock and introspective ballads than fans were used to hearing. Some of the tracks now sound hopelessly locked in the 1970s, but there is some good music here, particularly “Won’t We Feel Good That Morning.” Rikfors’ deep, rough lead singing, combined with higher harmonies from Hicks and Sylvester, created a vocal sound similar to the one Cheap Trick would implement a few years later. Energetic guitars spark an arrangement that melds pop and hard rock as Rikfors belts out, “I’ve took a long, hard drag of miserable life, you see/Nothing means much to me.”

The Hollies would dabble in hard rock for about as long as they kept Rikfors in the fold, which is to say not for very long at all. But when they did crank up the energy, they did it surprisingly well.