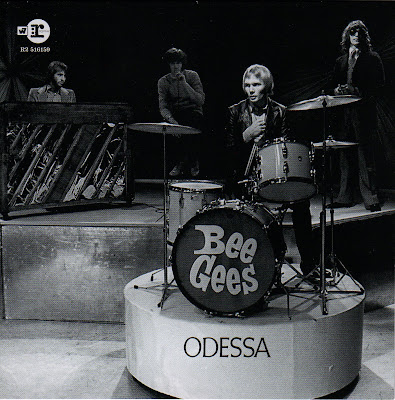 The Bee Gees are still in the midst of celebrating their 50th Anniversary even though some online bios show them forming as early as 1958. Remember, the Gibbs were mere tykes when they started. Surviving members Barry and Robin have written the liner notes for Mythology The 50th Anniversary Collection, which will be released in March. The four-disc boxed set includes a 60-page book. In the meantime, here’s a review of the deluxe version of Odessa I did for the Illinois Entertainer last year.

The Odessa deluxe edition offers an additional CD of demos that give a behind the scenes look at the songwriting process. “Edison,” for example, started out as “Barbara Came To Stay,” and there are alternate takes for just about every song from the original release. The different arrangements of “Melody Fair” and “Black Diamond” in particular, stand on their own as great pop songs. This enhanced version may come with boatload of goodies, but the music itself proves this was a master work from the Bee Gees.