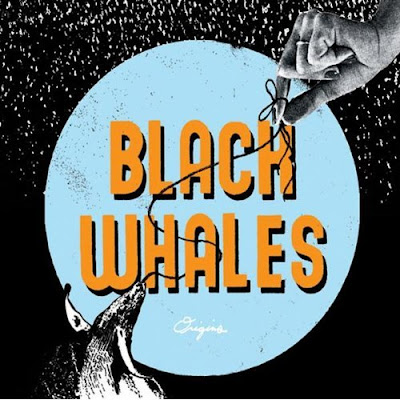 The sparse production on Origins, the seven song debut EP from Seattle’s Black Whales creates the feel of catching a live performance of a cutting edge band in a local club. Lead singer-guitarist Alex Robert’s vocals are a haunting echo amidst chiming guitars and rhythmic drumming as they drift across the room. The inventive arrangements, infectious melodies, and cryptic lyrics bring to mind early R.E.M.

The mid-tempo “Young Blood” conveys a youthful, restless spirit, and on “Running In Place,” which has more of a dance club beat, Robert demands, “Give me something to believe in, or I’m gone.” “The Boxer” isn’t the Simon & Garfunkel song, but exudes a similar sense of alienation along with a guitar riff borrowed from Nils Lofgrens’s “Keith Don’t Go.” Black Whales occasionally tap into Country & Western, particularly on the catchy “Roll With The Punches,” and slow things down on the hypnotic title track.

Holy shit...it's like The Turtles joined up with Wilco to start a Velvet Underground revival! What have I been wasting my time on? How did I miss these guys?