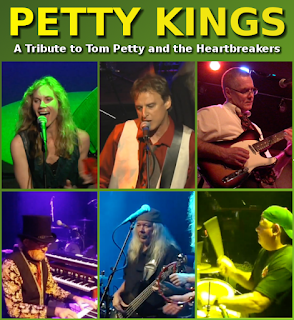 Things will get pretty eclectic at the Arlington Heights Frontier Days this Friday night, with performances by the Alanis Morissette tribute band Jagged Little Pill; soul music legends War celebrating their 50th Anniversary; and the My Metal Heart hard rock cover act. In nearby Mount Prospect, the Tom Petty tribute band Petty Kings and Jay Goeppner and Backdated will be rocking on Sunday.

The Alarm will share a bill with Modern English on August 16 and 17 at House Of Blues in downtown Chicago.

According to this month’s issue of the Illinois Entertainer (with Perry Farrell on the cover), we can expect new albums this month from Imperial Teen (Now We Are Timeless) and New Order (∑(No,12k,Lg,17Mif): Live at Manchester International Festival) on July 12. Radiohead leader Thom Yorke’s ANIMA comes out July 19; and Violent Femmes will drop Hotel Last Resort on July 26.

That issue of I.E. is also where you’ll find a full-page ad for the Jay O’Rourke Band’s August 9 CD Release Party Party for Cover Tracks at SPACE. The album features renditions of classic rock and blues songs. It’s a safe bet the band will also be selling copies of its earlier 2019 release Sumpthin Good. The Dick Dale influenced instrumental act Spies Who Surf will be the opening act.