August, Rock She Must 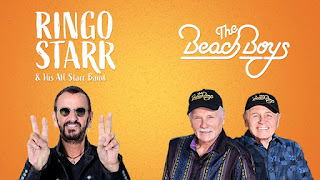 August is not only the last of the three months that unofficially make up summer, it’s traditionally one of the busiest times for rock and roll and pop culture in Chicago. Some of these events fall on the same day, so tough decisions will need to be made. Here’s a quick look at upcoming events. I’m sure I’ve missed a lot of great stuff but I’ve got all month to cover them.

Oh Yeah, the month gets off to a great start with Bryan Ferry from Roxy Music performing at the Chicago Theatre on August 1. In addition to being able to choose from Roxy hits like “Oh Yeah,” “Out Of The Blue,” and “Avalon,” the ultra-smooth-crooning Ferry can also tap into material from his successful solo albums.

For those who prefer English rock with a more blues-oriented feel, John Mayall will be performing at City Winery Chicago that same night. Mayall was one of the first U.K. musicians in the 1960s to draw inspiration from American rhythm and blues, and several members of his bands went on to successful solo careers.

Lollapalooza is a guaranteed way to get your August up and running. The multi-genre fest opens Thursday and runs through Sunday. There may still be one-day passes available for sale, depending on the day you’re thinking of going. Sharon Van Etten; Ariana Grande; Tame Impala, Janelle Monae; Gary Clark Jr.; The Strokes; Kacey Musgraves; Death Cab For Cutie; and Fitz And The Tantrums are among the scheduled performers.

Santana has a gig at the Hollywood Casino Amphitheatre in Tinley Park on August 4. This year is the 50th anniversary of Woodstock, so this would be a perfect opportunity to see one of that festival’s legendary acts. The Doobie Brothers are sharing the bill with Santana.

Head Over Heels, the new musical based on songs by The Go-Go’s continues its run at Theater Wit on Belmont Avenue through the end of August. It was successful on Broadway, and is being staged here by Kokandy Productions.

Jay O’Rourke, who has performed with The Insiders and Material Reissue, has some new solo albums. He and his band have a CD Release Party Party for Cover Tracks at SPACE on August 9.

Queen, featuring vocalist Adam Lambert belting out those power ballads and energetic hits, backed by original members Brian May and Roger Taylor, will be at the United Center on August 9.

Vocalist-guitarist Justin Hayward from recent Rock And Roll Hall Of Fame inductees The Moody Blues, will perform at the Athenaeum Theatre on Southport on August 9.

The Smashing Pumpkins, one of the acts that put Chicago on the rock and roll map back in the early 1990s, is set to play the Hollywood Casino Amphitheater in Tinley Park on August 15. Noel Gallagher, of Oasis fame, will also be on the bill with his current band High Flying Birds.

YippieFest returns for its third year on the weekend of August 16 – 18 at Prop Thtr on Chicago’s north side. Organized by the Famous In The Future comedy group, the celebration aims to carry on the spirit of the Abbie Fest that was staged for almost 30 years by the Mary-Arrchie Theatre. FIF performed at every one of those Abbie Fests, and brings the same eclectic mix of comedy, theatre, performance art, and live music to their version. The live music acts at YippieFest are being coordinated by James Moeller from local alt rock band whitewolfsonicprincess. Full disclosure: I was a member of Famous In The Future for its first 20 years.

Fest For Beatles Fans – Chicago returns to the Hyatt Regency O’Hare in Rosemont for its 33rd year on the weekend of August 11 – 13. This year’s music guests include former members of Wings Steve Holley, Laurence Juber, and Denny Laine; as well as Jeremy Clyde from Chad and Jeremy (and in recent years, Peter and Jeremy); Alan White from Yes; and former manager of Apple Records Ken Mansfield. The Weeklings and Liverpool will be performing; and long-time WXRT radio personality and legend Terri Hemmert returns as the official MC.

Wizard World Comic Con returns to the Donald E. Stevens Center in Rosemont August 22 – 25. There will be countless vendors selling comic books, t shirts, action figures, and other fantasy/sci-fi related artifacts. Many attendees dress up as super heroes and other cosplay favorites; but the biggest draw for most people is a chance to meet celebrities. This year’s guests include Morena Baccarat and Ben McKenzie from Gotham; Jason Momoa from Aquaman; George Wendt—“Norm!”; and Katrina Law from Arrow.

EXPO ’76, a copy band whose members come from some of Chicago’s best alt rock bands, will be at the new Hey Nonny venue in Arlington Heights on August 30. Expect loads of fun and some amazing mashups.

The month begins with a sophisticated British rock act performing at the Chicago Theatre and wraps up in similar fashion. The consistently melodic, immensely clever Squeeze performs on August 31. Founding members Chris Difford and Glenn Tilbrook have earned comparisons to Paul McCartney and John Lennon for their songwriting ability with songs like “Hourglass,” “Is That Love?” and “Tempted.” Squeeze’s 2017 album The Knowledge was a touching, inventive, and consistently engaging look at the passing of time.
Posted by Terry Flamm at 9:00 PM