Van Go - Everyone Loves You When You’re Gone 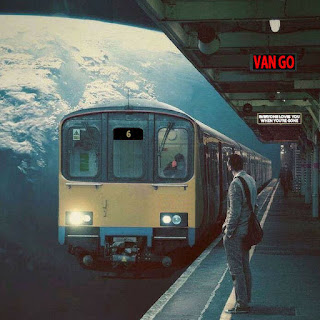 Everyone Loves You When You’re Gone (available at Kool Kat Musik) is the sixth album from Van Go but the first since the Chicago based band released The Long Lost Last Call in 2010. Throughout this latest effort, you get the feeling these guys have been champing at the bit every minute of that eight-year span. Van Go has always explored the harder edges of power pop with the twin guitars of Steve Brown and Jeff Shapuras, and lead vocalist-songwriter Dave Sippel creates melodies and throw punches with equal expertise.

“I used to be just like you but less attractive,” Sippel observes of a twenty-something guy in the energetic song “Grim Life,” and sets accusations like, “You kick me when I’m down, then you kick me on the way back up” to the hard rock stomp of “Black Luck.” “Tell Us How You Really Feel” bristles with social satire but sports a more playful arrangement. Bassist Lou Galassini and drummer Bryan Lee Thomas anchor “Dead Already,” which opens with the line, “The forensics team found lipstick on the collar of his shirt.”

Things are more optimistic on “Live Through This,” which sounds like it could be a hit single. Sippel sounds more versatile as a vocalist throughout Everyone, and there’s a hint of Material Issue’s Jim Ellison in the way he sings the irresistibly catchy “Nightwalker” and “Schrodinger’s Cat.” Van Go did a bang-up job of covering Elvis Costello’s “Girls Talk” on The Long Lost Last Call, and their version of Paul Collins’ “Walking Out On Love” here is equally impressive.
Posted by Terry Flamm at 10:05 PM