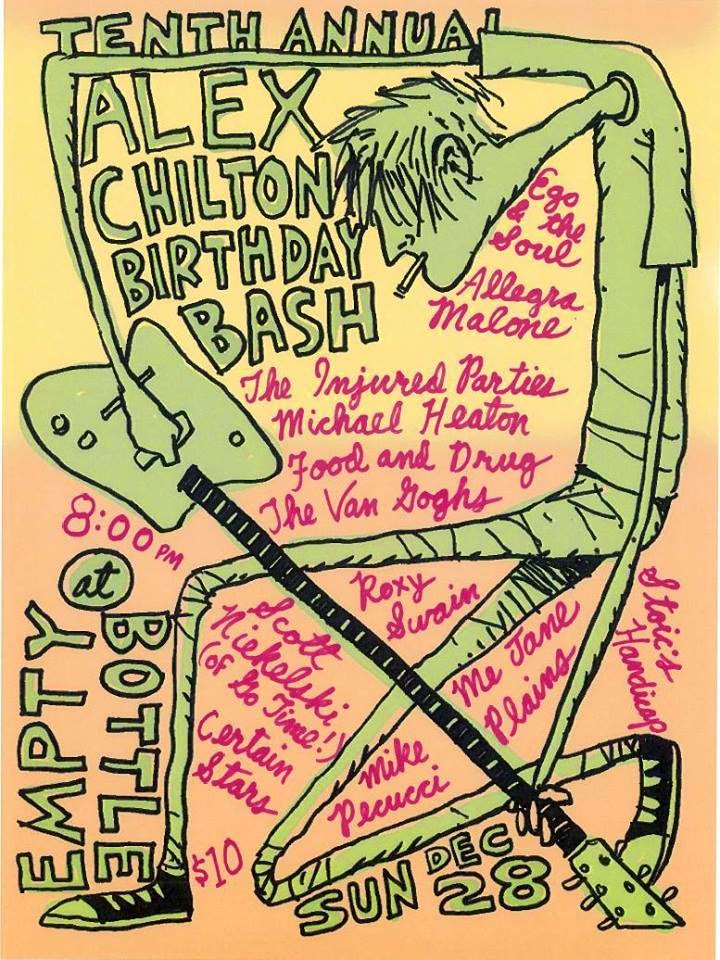 It’s Big Ideas time again. Here’s an open invitation to Broken Hearted Toy readers to participate in a project that I’ve had a bit of success with in the past. On January 1st, I’ll present my annual Big Ideas list of people and the goals I think they will or should accomplish in 2015. It’s named after a terrific song by The Elvis Brothers and is usually a mix of facts, along with an occasional dollop of my imagination. I’ve also asked musicians, theatre groups, and other creative types to tell me the things they have planned for the coming year.

The change this time around is that you don’t have to be in any of the above categories to contribute. Anyone can send a message about what they hope to accomplish or something they wish a celebrity would do. In order to keep it positive, it might be best to steer clear of religion, politics, or sexual fantasies. Send your Big Idea in a brief email to: brokenheartedtoy@gmail.com

And now, here’s this week’s Slumgullion:

There will be a Holiday Hangover Benefit tonight at The Double Dour on  Milwaukee Avenue. The performers scheduled for the event are The Despotic Hall Of fame, Hood Smoke, Dave Miller (featuring Erik Hall of In Tall Buildings) and Miss Remember. Admission is free, but patrons are being asked to bring an unwanted holiday gift as a donation. All proceeds will go to Association House Of Chicago, a charitable organization dedicated to improving health and education in Chicago.

Join the children by the million. The 10th Annual Alex Chilton Birthday Bash, “a night of music and mayhem dedicated to the songwriting genius” of the late power pop icon, takes place this Sunday night, December 28th at The Empty Bottle. This year’s lineup includes The Injured Parties, Roxy Swain, Scott Niekelski from Go Time!,  Certain Stars, Ego and The Soul, Evening Bells, Food And Drug, Allegra Malone, Me Jane, Mike Pecucci, Plains, Stoic’s Handicap, and The Van Goghs. The music starts at 8:00 PM; admission is $10. The Empty Bottle  is located at 1035 N. Western Avenue in Chicago.

Three bands will gather ’round the Festivus Pole at Durty Nellie's in Palatine this Sunday, December 28th. The all-ages show, which features Omega 3, Rough Draft, and Wett will run from 5:00 to 10:00 PM, and there is no cover charge.

Multi-talented Chicago rock veteran Ellis Clark and his new band The Big Parade will be celebrating the arrival of 2015 with a show at Mayne Stage next Wednesday night. The coed and unbridled rockabilly group Heeby Jeebies and the infectious funk group Liquid Soul also performing that night at Mayne Stage.

The Muffs will ring in the new year with revved up and catchy songs from their latest CD Whoop Dee Doo at Reggies Rock Club on south State Street next Wednesday night. White Mystery and Evil Beaver are also on the bill. General Admission is $25/$35, and the $50 VIP package includes dinner (alcohol not included) with a custom screen-printed poster and early entry. There’s also a $120 Red Chair VIP package available.

Archie Powell And The Exports will close out a year that found them exploring a new, harder sound on their latest CD, Back In Black at the Cobra Lounge. The Noise FM, an indie rock/dance rock trio, and Ghastly Menace, a six-member experimental pop group, will also be on hand for this celebration. The music starts at 7:00 PM; tickets are $10–$15.

2014 isn’t the only year that’s running out of time. The 1968 Exhibit at the Chicago History Museum ends on January 4th. The exhibit explores the social, political, and scientific events of that explosive year, along with fashion, music, and other forms of popular entertainment.

The David Bowie Is exhibition at the Museum Of Contemporary Art in Chicago also closes on January 4th, but there are other Thin White Duke inspired activities going on around Chicago. Tributosaurus will Become David Bowie at Martyrs’ on January 3rd, and Sons Of The Silent Age will present throw a Bowie Birthday Bash at Metro on January 9th. Sons Of The Silent Age will be traveling up to Milwaukee for the Pablove Benefit, which takes place on January 17th at Turner Hall Ballroom.

Writer Leah Pickett recently did a short profile in the Chicago Tribune about a new cocktail called The Rose, which is currently being offered at Geek Bar Beta in the Wicker Park neighborhood. She explained that the “frothy $12 delight” is named after Rose Tyler, the first companion to board the TARDIS with The Doctor when Doctor Who resurfaced in 2005. One of the main ingredients is Two James Old Cockney Gin, in tribute to Rose Tyler’s Cockney origins. Pickett also noted that Geek Bar Beta will move to its permanent home in Lincoln Park some time in the coming year.
Posted by Terry Flamm at 7:58 PM