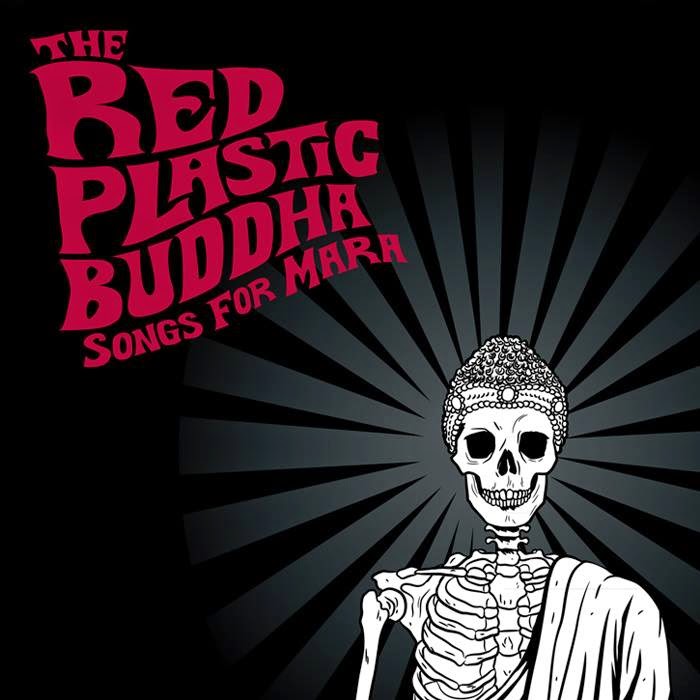 Since forming in 2005, The Red Plastic Buddha has helped establish a vibrant psychedelic scene in Chicago, along with bands like Secret Colours, The Luck Of Eden Hall, and Tomorrow The Moon. A few band members have come and gone over the years, but lead vocalist-bassist Tim Ferguson remains at the helm on Songs For Mara, The Red Plastic Buddha’s third and most adventurous effort. In addition to fellow band members keyboards player-backup vocalist Eric Ahlgren, drummer Neil Hunt, lead guitarist Derik Kendall, and guitarist-backup vocalist Mike Connor; Ferguson is assisted by some guest musicians, including vocalist-guitarist Pamela Richardson from The Pralines (she’s also his wife), guitarist Gregory Curvey from The Luck Of Eden Hall, and singer-songwriter Phil Angotti.

Lindsey Snyder’s flute playing adds a hippie vibe to “Being Human,” a simple but knowing look at various personalities. In addition to psychedelic gems like “Little White Pills” and “A House Is Not A Motel,” The Red Plastic Buddha also connects with the garage rock of “Girl Like You.” And there’s a surprising sense of humor woven through the mind-blowing imagery of some of these songs.

The spacey “She’s An Alien” depicts an attractive extraterrestrial who, “Came to save the world but just gets drunk in bars.” The high-speed “Cosmonaut” offers fun in a sort of outer space “Back In The U.S.S.R.” vein, and “Stuck At Zero” lurches along to some powerful guitar playing by Kendall and Connor while Ferguson spits out lines about a zombie who’s given some thought to what he can accomplish under his new circumstances. “When I come back from the dead, I ain’t messing around,” Ferguson vows, along with a number of other threats like stealing a G.T.O. Chances are, The Red Plastic Buddha will be coming back some time soon as well.
Posted by Terry Flamm at 11:17 PM