Bryan Howell And The Standalones - Welcome To The World 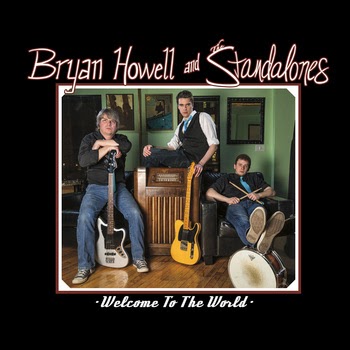 Bryan Howell And The Standalones have released Welcome To The World almost exactly a year after their debut EP Lightning Through My Soul came out. The New York-based trio kicks off World with “(Don’t You) Blindside Me,” a guitar-driven track that sets the tone for 1980s-influenced garage rock/power pop with a focus on romantic relationships. The four songs here are longer than usual for this genre, but Howell, along with bassist-vocalist Greg Baum and drummer-vocalist Brandon Brault, having no trouble filling the extra spaces.

The melodic “Baby, Don’t Look Back” ends with a spirited instrumental coda that lasts for over a minute, and even “Nothing To Give (But Everything),” a change-of-pace ballad with rough edges, has an instrumental break. There’s a hint of Mick Jagger and Graham Parker in Howell’s vocals, particularly on “Oh Please, Valerie,” but considering that Baum and Brault can also sing, it’s surprising there aren’t more harmonies on Welcome To The World. Maybe that’s something they will explore further on their next release. Which should come out just about a year from now.
Posted by Terry Flamm at 9:15 PM