The Jeremy Band - All Over The World 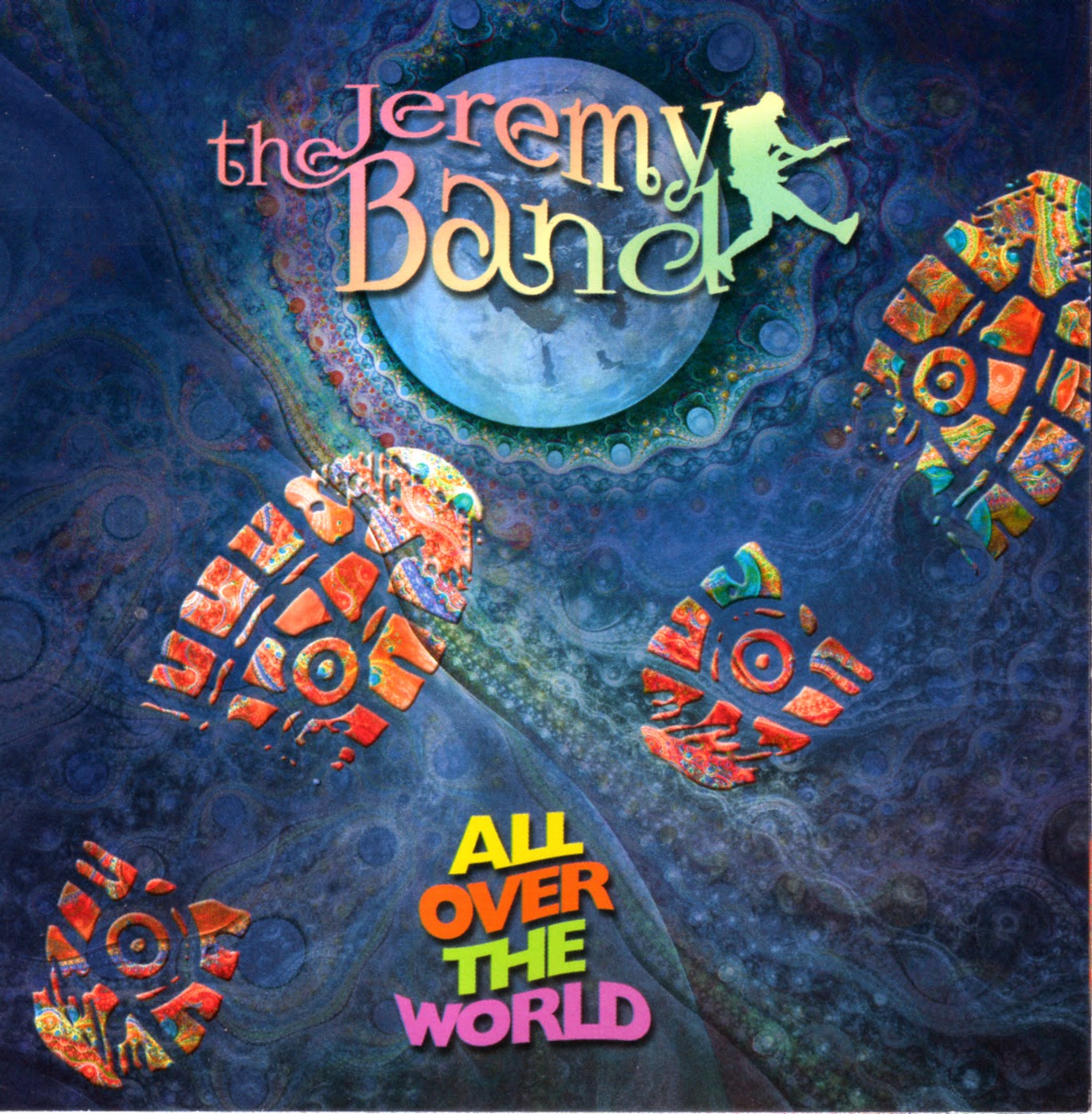 If CEO/Founder David Bash rules the kingdom of International Pop Overthrow, then Jeremy Morris must surely be one of its royalty. The Michigan native, who often performs by his first name only, has been traveling with the power pop/indie rock festival for years. All Over The World, features 20 live tracks performed by The Jeremy Band in San Diego in 2009, 2111, and 2113. That includes two previously unreleased tracks—the romantic “Let Me In Your Heart” and energetic “Cool Your Jets”— and there’s an added bonus with “I Want To Be With You,” a classic power pop original recorded at IPO - Liverpool in 2006.

In addition to his impressive guitar playing and knack for crafting engaging, 1960s-influenced arrangements, Morris exudes a great deal of positive energy. Even the surly “Breaking Out Of This Cage,” which sounds like a manifesto for a political fringe organization, is actually Morris pushing back against people who don’t believe that playing music is a legitimate career. Occasionally, his outlook flows into spirituality, as on “New Creation” and “Highway To Heaven.”

Morris has psychedelic rock down to a science; creating imaginative landscapes on the upbeat “Radiant Future Days,” and “Not Of This World,” in which he envisions himself as an intergalactic alien. For straight-ahead British-inspired pop, there’s the catchy “Come On Over,” which evokes The Hollies’ “Step Inside.” “Pop Rules,” which was inspired by one of David Bash’s catch phrases, morphs from a three-minute studio pop song to an extensive jam in live performance. It’s one of the most fun tracks on All Over The World, as Morris glides effortlessly through 12 classic guitar rifts from Dick Dale, The Beatles, The Rolling Stones, The Shadows Of Knight, and other artists.
Posted by Terry Flamm at 9:53 PM