The Kumari - Until That Day 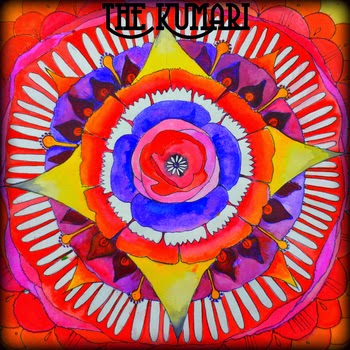 The Kumari, a London-based quartet that has been drawing critical acclaim for its authentic 1960s style rock since forming in 2012, is once again utilizing the 7-inch vinyl record format. “Until That Day” is a three-track single being offered in a limited run of 500 copies via the Spanish label Hey Girl Records. The songs can also be downloaded on The Kumari’s Bandcamp page.

The energetic Side A “Until That Day,” which features the ethereal vocals of Claude Pelletier along with the ringing guitars of Pelletier and Dimitri Rouzo, harks back to an era when psychedelia flowed like a river through San Francisco. The Kumari switch to pure garage rock on Side B for “Her Heart Of Stone,” using Pellertier’s raw singing, fuzzed-out guitars, and an infectious beat that will make everyone (guys included) want to start go-go dancing. “Girl Don’t Exist,” the second track on the B Side, offers a change of pace. The twanging guitar arrangement on this tale of love and longing owes as much to Country and Western music as it does to the 1960s underground rock that The Kumari do so well.
Posted by Terry Flamm at 10:58 PM