One Story Of Love And Three Short Films 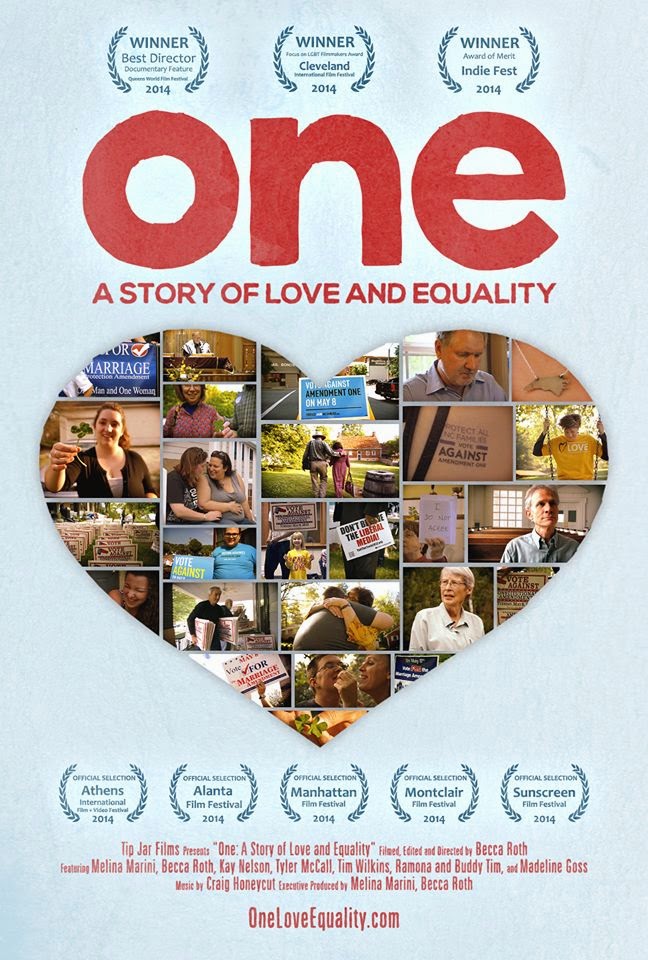 The Fifth Annual Blue Whiskey Independent Film Festival kicked off yesterday with a Blue Carpet Opening Night at the Star Cinema Grill in Arlington Heights. Tonight’s Blue action takes place from 7:00 to 10:30 PM at Cutting Hall in Palatine, where a feature film and three shorts will be shown. One: A Story Of Love And Equality is director Becca Roth’s documentary about the recent Amendment One in North Carolina that would have limited legal recognition for any couple that is not a married man and woman. Roth’s goal with the film, which won the Best Director award at the Queens World Film Festival, was to spark a dialog by carefully listening to both sides of the issue.

One: A Story Of Love And Equality will be preceded by three short films. A teenager attempts to get her straight-laced Dad to accept her bad-news boyfriend in Sheltered Love, a 10-minute dramedy/satire set in the 1950s and directed by the cleverly named Alex Italics. Najes (The Unclean) is a 20-minute drama set in Iran, directed by Bahram and Bahman Ark (Hajaboullou). Called To Serve, from director Michael Van Orden, is a 22 minute romantic comedy/series pilot.

The Blue Whiskey Independent Film Festival continues at Cutting Hall in Palatine through Saturday, July 26th. On Sunday, July 28th, it returns to the Star Cinema Grill in Arlington Heights for the Awards Dinner and Blue Whiskey Chaser.
Posted by Terry Flamm at 12:21 PM