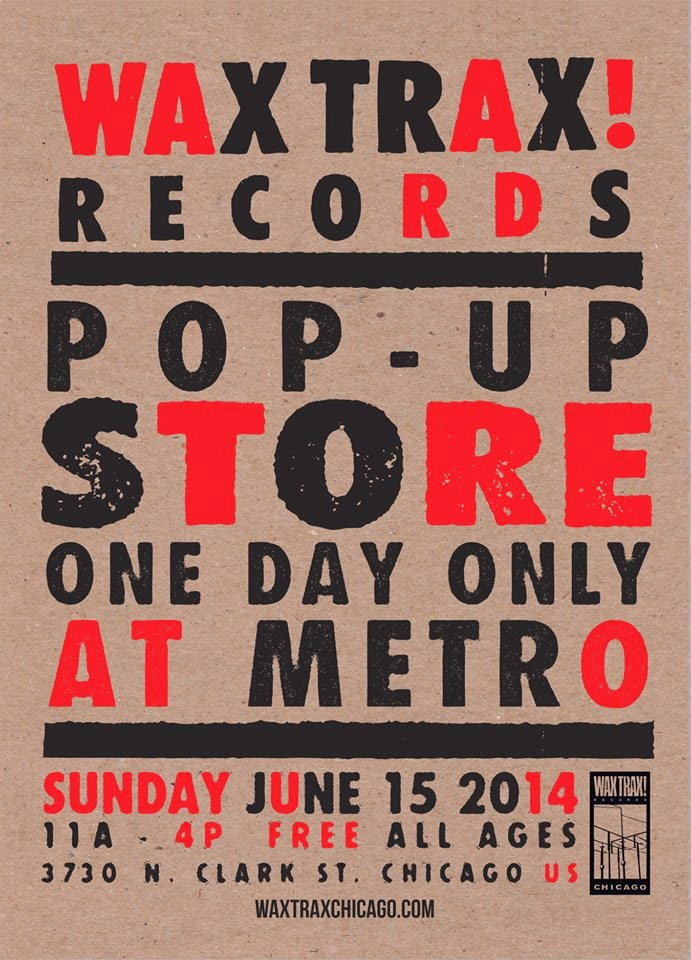 Contributing Editor Curt Baran has some good news for vinyl junkies in the June issue of the Illinois Entertainer. (Full disclosure: I’m an I.E. staff writer.) Baran’s piece Pop Goes Wax Trax! in the paper’s File section notes that there will be a Wax Trax! Records Pop-Up Store for one day at Metro on June 15th. The free event, which will include DJs playing tunes, runs from 11:00 AM to 4:00 PM, and is open to all ages.

It will be interesting to see if the Wax Trax! Records Pop-Up Store will inspire the same frenzy as the annual Record Store Day. Maybe some last minute Father’s Day shopping? It might be a good idea to get there early. According to Baran, the event’s organizer Julie Nash, daughter of original co-owner (with Dannie Flescher) Jim Nash, promises there will be a lot of records, t-shirts, posters, and other memorabilia for sale.

Like Baran, I bought a copy of Chicago punk band Naked Raygun’s “Flammable Solid” single at Wax Trax! back in the days when it was open on Lincoln Avenue, just north of Fullerton. Wax Trax! was also where I first heard “Twist” by Tones On Tail (it was the B-Side of the blue vinyl “Christian Says” 12 single) and immediately had to buy it. To this day, I have five or six boxes of 45 RPM records, and quite a few have a Wax Trax! price sticker on them. It’s not likely I’ll be the only one at Metro this June 15th recalling the glory days  of one of Chicago’s coolest record stores.
Posted by Terry Flamm at 10:41 PM