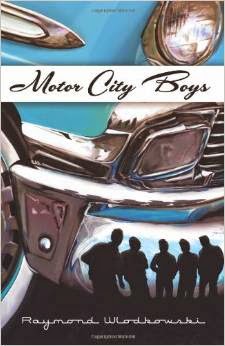 The weather in Chicago last weekend was perfect for the 30th Annual Printers Row Lit Fest, which was held outdoors in the south end of downtown. The event offered discussion groups with noted writers and local media celebrities, cooking demonstrations, poetry slams, and performers. There were publishers, and a lot of books for sale, ranging from vintage to brand new. Some vendors sold newspapers, magazines, posters, and even relics from old-time printing presses. When I dropped by on Sunday, I bought a poster of No Nukes, the 1980 documentary that featured Jackson Brown, Crosby, Stills and Nash, Bruce Springsteen, and other well-known musicians.

But the most fun at the Printers Row Lit Fest for an aspiring author like myself was the opportunity to have face-to-face conversations with some published writers. I’m on the verge of submitting my rock and roll novel to agents and publishers, so it was interesting to hear these writers talk about their work. Having the writers seated at tables throughout the event was reminiscent of the Artists Alleys you’ll find at Wizard World Comic Con and C2E2 (Chicago Comic and Entertainment Expo). Even if you’re not an artist yourself, the creative energy in the air is exciting. Printers Row Lit Fest, with its many authors, had that same buzz.

I didn’t have a chance to meet all of the writers mentioned below, but here’s a sampling of books that were on display.

Semhar Gebre, the first author I spoke with, was friendly and informative while discussing her novel Menghedi. The title means journey, and Gebres, who’s also a motivational speaker, explained that the book follows the paths of two African women—one who spends time in America and one who fights in a liberation movement. Both are seeking to heal from emotional wounds. I also encountered Sean O’Neil, who created a graphic novel for young readers called Rocket Robinson and The Pharoah’s Fortune. The hero is a 12 year-old adventurer. The cover of Raymond Wlodski’s Motor City Boys  evokes popular musicals like Jersey Boys and Million Dollar Quartet. But it’s actually about Detroit teenagers in the 1950s, coping with trying to find girlfriends and fighting off bullies. Glory … The Hair  by Sandra Hamer, weaves a story about a character named Jennifer Williams, who sues her hairdresser Sheila for cutting off a bit too much hair. Jennifer and Sheila eventually bond over their experiences with hair and men’s attitude toward it.

The title of Scotch Wichmann’s Two Performance Artists Kidnap Their Boss And Do Things With Him sounds like the opening line of a joke, and indeed this tale of two best friends aims for dark comedy. It’s available from Freakshow Books. Chaz Singleton, the protagonist of Brian Pinkerton’s How I Started The Apocalypse is the only zombie on earth and he’s under attack from humanity. Chris L. Terry’s Zero Fade is set in Virginia is the 1990s and centers on a black seventh grader coping with racism and the various pitfalls of entering his teenage years. It’s available from the Chicago publisher Curbside Splendor. Christine Todd’s novel Pins, available from Red Anemone Books, concerns an advertising exec who punishes her cheating husband via an effigy and some sharp pins.

Finally, I wound up my day at the Printers Row Lit Fest by checking out the C2E2 Drink And Draw gathering. Normally, this artistic improv exercise is done in bars, but the Drink half was missing at Lit Fest. Nonetheless, it was fun to watch successful comic artists elicit a subject for illustrating from the audience, ask everyone to draw something on that theme, and then roam around to comment on the results. Having classic new wave tunes playing over the sound system added to hip ambience.
Posted by Terry Flamm at 11:07 PM