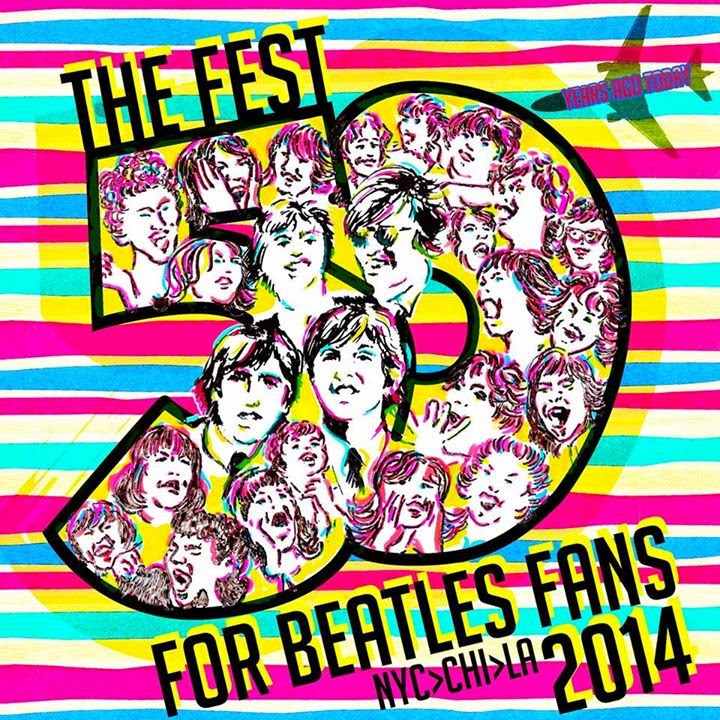 Scheduled performers include headliner Tom Morello of Rage Against The Machine (he also worked with Bruce Springsteen recently) and the Chicago Hot Stove All-Stars Jimmy Chamberlin of Smashing Pumpkins; John Stirratt of Wilco; Scott Lucas of Local H; Eddie “King” Roeser of Urge Overkill; Jered Gummere of The Ponys; Gary Klebe of Shoes; singer Jennifer Hall; and Matt Spiegel, Curt Morrison, and Jon Paul of Tributosaurus. Considering that Tributosaurus is involved, you have to wonder if some all-star parodies will be worked into the evening’s entertainment. For more details, check out Chicago Tribune columnist Mark Caro’s piece which can be found on the newspaper’s website.

Around this time every year, I eagerly await the arrival of the The Fest For Beatles Fans summer catalog in my mailbox. In addition to over 20 pages of almost every conceivable Beatles-emblazoned item for sale, this publication also offers the lowdown on The Fest For Beatles Fans - Chicago, which is coming up on August 15th through the 17th. This year’s lineup of special guests was announced earlier on the Fest website, and it includes Peter Noone, Mickey Dolenz, Mike Pender of The Searchers, Laurence Juber, Mark Hudson, and the Liverpool tribute band, but it’s nice to have the all the info in a printed format. The catalog also has the lineup for the upcoming Fest For Beatles Fans - Los Angeles.

The Beatles-related merchandise in this catalog ranges from a duffle bag to a bookmark. There are t-shirts, posters (including a Fest For Beatles Fans poster by Peter Max), Christmas ornaments, books, DVDs, wallets, keychains, calendars, CDs, latte mugs, glasses, and coasters. Some of the apparel comes in youth and infant sizes, and there’s a children’s book called The Beatles Were Fab (And They Were Funny) written by Kathleen Krull and Paul Brewer, with illustrations by Stacy Innerst. The highest priced item is a signed self-portrait of Ringo Starr titled Red Bandana that runs for $1800.00.
Posted by Terry Flamm at 10:39 PM