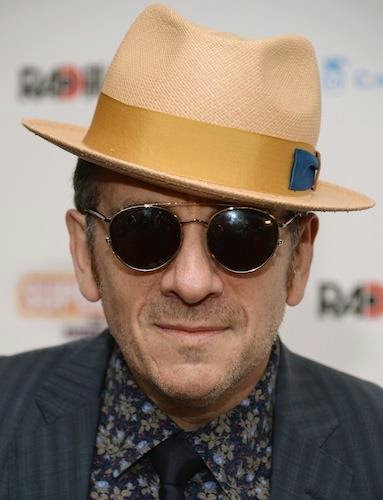 Better Late Than Never:
Slumgullion was delayed this week due to extra freelance work and a flurry of fun activities. Here are a few weekend activities that are still going on tomorrow.

The Printers Row Lit Fest continues in Chicago from 10:00 AM to 6:00 PM tomorrow, at Dearborn and Polk Street. The schedule includes a Young Authors Award Ceremony at 10:00 AM; History of Poetry Slam and Reading at 11:15 AM; The Kates, a comedic performance featuring comedian Kelsie Huff and others at 12:00 PM; Page Meets Stage, moderated by Amy Guth at 1:00 PM; Workshop: So, You Want To Write A Children’s Book, presented by author Esther Hershenhorn at 2:30 PM; More Than Capes And Tights, a graphic novels and comic discussion moderated by Elliott Serrano at 3:00 PM; and C2E2’s (Chicago Comic and Entertainment Expo) Drink And Draw at 4:00 PM. The above events are free, but there are some that require tickets and/or are being presented at other locations. See the the Printers Row Lit Fest for full information.

After selling out their gig at The Coach House in San Juan Capistrano on Friday night,The Bangles will perform at the LA Pride in West Hollywood tomorrow at 6:30 PM. And of course, there are those two Chicago dates coming up at City Winery on July 27th and 28th.

There’s one more day left for this year’s Midsommar Fest in Chicago’s Andersonville neighborhood. It runs from 11:00 AM to 10:00 PM tomorrow, with six stages of entertainment. Scheduled acts include The New Invaders performing a wide-range of 1960s covers and Planet Claire paying homage to The B-52’s.

In My Hometown. The Palatine Park District has three outdoor shows at the Fred P. Hall Amphitheater  next week. The annual Battle Of The Bands, which is usually waged by young musicians, takes place on Monday. Ember Oceans, Nothing Yet, and Shinehammer will be competing for a chance to move on to the Illinois Battle of the Bands Regional competition. On Wednesday, the Palatine Concert Band will perform, and on Friday, Beatles tribute band American English takes its customary slot as the first Friday performance of the suburb’s summer series.

Matt Dodge will hold a CD release party for Living Days at the El Cid club in his new hometown of Los Angeles on June 20th. He’ll be sharing the evening with artist Kingwhistler, whose latest effort is titled Grass Routes. I caught a set by Dodge, who was originally based in Minnesota, at International Pop Overthrow - Chicago few years back, and was impressed with his energetic tunes like “Currency.”
Jon Auer and Ken Stringfellow of The Posies will perform the entire Failure album at the Triple Door   in Seattle on August 23rd. The show ties in with a reissue of Failure, The Posies’ 1988 debut. The deluxe, remastered version will be released on Omnivore Records on CD and LP, with bonus tracks.
Posted by Terry Flamm at 11:26 PM