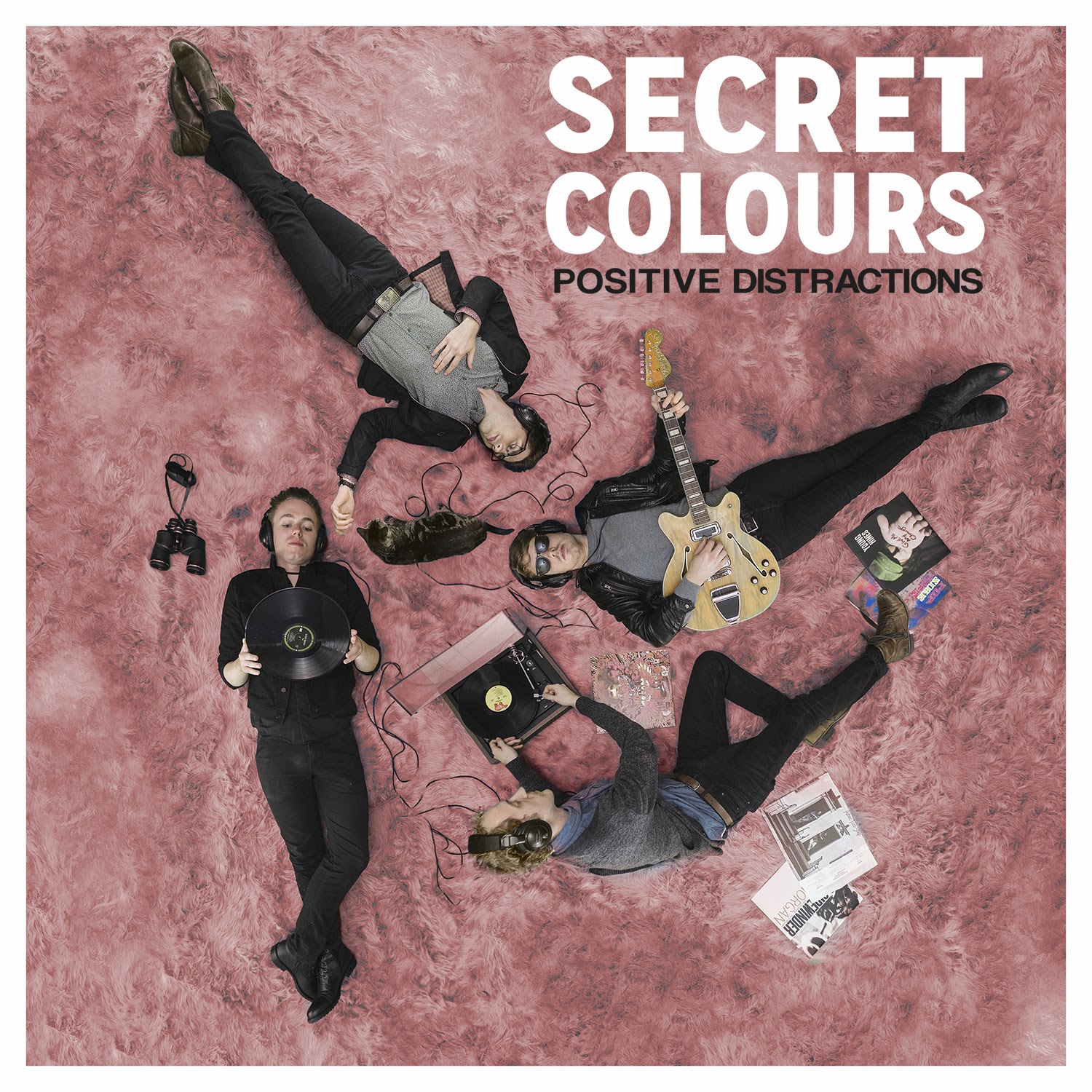 The four members of Secret Colours hardly seem old enough to be familiar with 1980s synth rock, let alone the original British Invasion. Yet on Positive Distractions, which is available in digital, CD, and vinyl formats, they once again effectively blend both of those eras into catchy, hypnotic tunes. And despite the Anglo spelling of their name, Secret Colours are based in Chicago.

About the only complaint one could muster regarding Positive Distractions is that giving lead singer-guitarist Tommy Evans a slight echo on his vocals throughout most of these 12 tracks gets repetitive. There are signs though that Secret Colours have started thinking about diversifying their sound. The vaudeville allure of “Mrs. Bell” springs from some sprightly piano playing, while the flirtation with garage rock on “Into You” needs only some scruffier vocals from Evans. Other highlights include “City Slicker,” with its driving beat, and the vintage Pink Floyd-influenced “Monster.”

On “Quite Like You,” Secret Colours swap their psychedelic trappings for a more basic approach that could have come from the Merseybeat scene circa 1964. If these guys continue to successfully incorporate other elements into their music, they could become positively awesome.
Posted by Terry Flamm at 11:12 PM