You Can Read It In The Sunday Papers 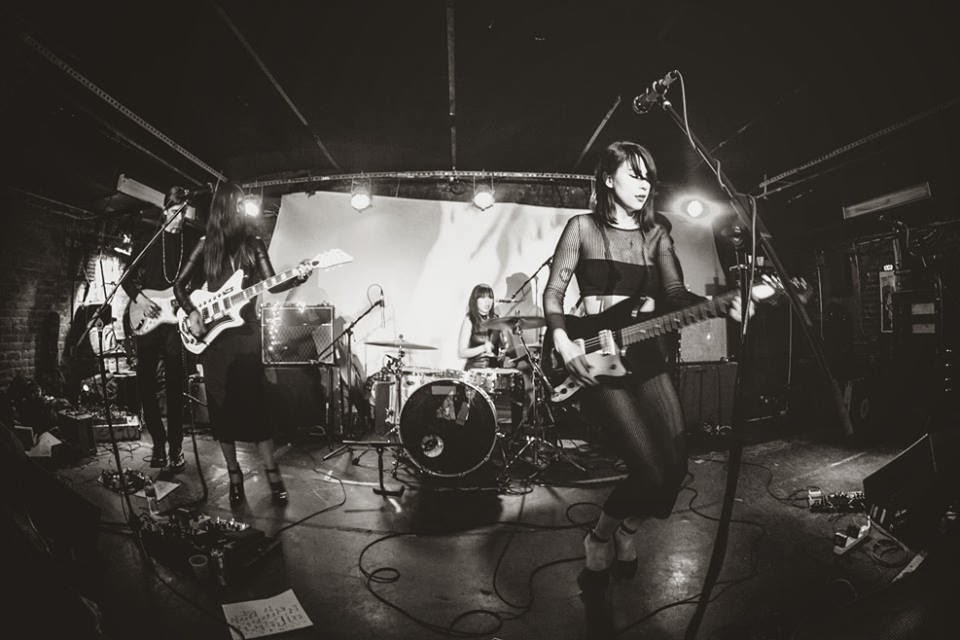 Slumgullion got sucked into a black hole this week due to my non-stop schedule on Friday and Saturday. So here are a few items from the cosmos of entertainment.

When The Dum Dum Girls perform their sold out show at The Empty Bottle tomorrow night, they’ll have plenty of good songs to choose from their last two releases, Too True and Only In Dreams. Both have been favorably reviewed here at BHT. Those recordings were primarily the work of vocalist-guitarist Dee Dee Penny, who creates an irresistible blend of 1960s style twang with atmospheric, hard-edged new wave. For live appearances, she’s backed by a full band.

Wine And Cheese with The Dave Clark Five. A few Sundays ago, WXRT air personality Terri Hemmert mentioned on her Breakfast With The Beatles program that a Dave Clark Five documentary was coming up on on PBS. The two-hour Glad All Over - The Dave Clark Five And Beyond, A Celebration of the 50th Anniversary of The British Invasion of America will include clips of the band’s performances on the Ed Sullivan Show, live footage, and interviews with current musicians like Paul McCartney, Bruce Springsteen, Little Steven Van Zandt, Stevie Wonder, Elton John, and Dionne Warwick. It airs on April 8th, 9th, and 10th on PBS Channel 11 in Chicago.

The Mike Benign Compulsion has a few dates coming up in the Chicago area in support of its latest release Here’s How It Works. Most of the members of the Wisconsin-based power pop band will be part of acoustic shows as the opening act for Justin Currie at Schubas on Thursday, April 24th, and at SPACE in Evanston on Friday, April 25th. The Mike Benign Compulsion has a full-fledged show at The Elbo Room on May 9th. In my recent review of here of Here’s How It Works on BHT, I noted that singer-guitarist Mike Benign consistently combines with drummer-vocalist Michael Koch and guitarist-vocalist Joe Vent for gorgeous and inventive harmonies.”

Get a Move (t-shirt) on. Bev Bevan, a founding member of the rambunctious and influential English band The Move, recently announced on Facebook that Move t-shirts are now available on eBay UK. I just purchased one, which I’ll be wearing in honor of the band’s vocalist, the late Carl Wayne. I had the honor of meeting Carl prior to a 2002 concert in Minnesota. At that time, he had replaced the retiring Allan Clarke as lead vocalist of The Hollies, and he was extremely gracious in speaking with the group’s fans. There are now nine Move t-shirts still available for sale.

The Plastiscines plan to release their first full-length CD in a number of years, Back To The Start, on April 14th. Here’s a video of the song “Blue Jeans,” which also appeared on the Paris-based group’s recent EP, Black XS.
Posted by Terry Flamm at 11:07 PM