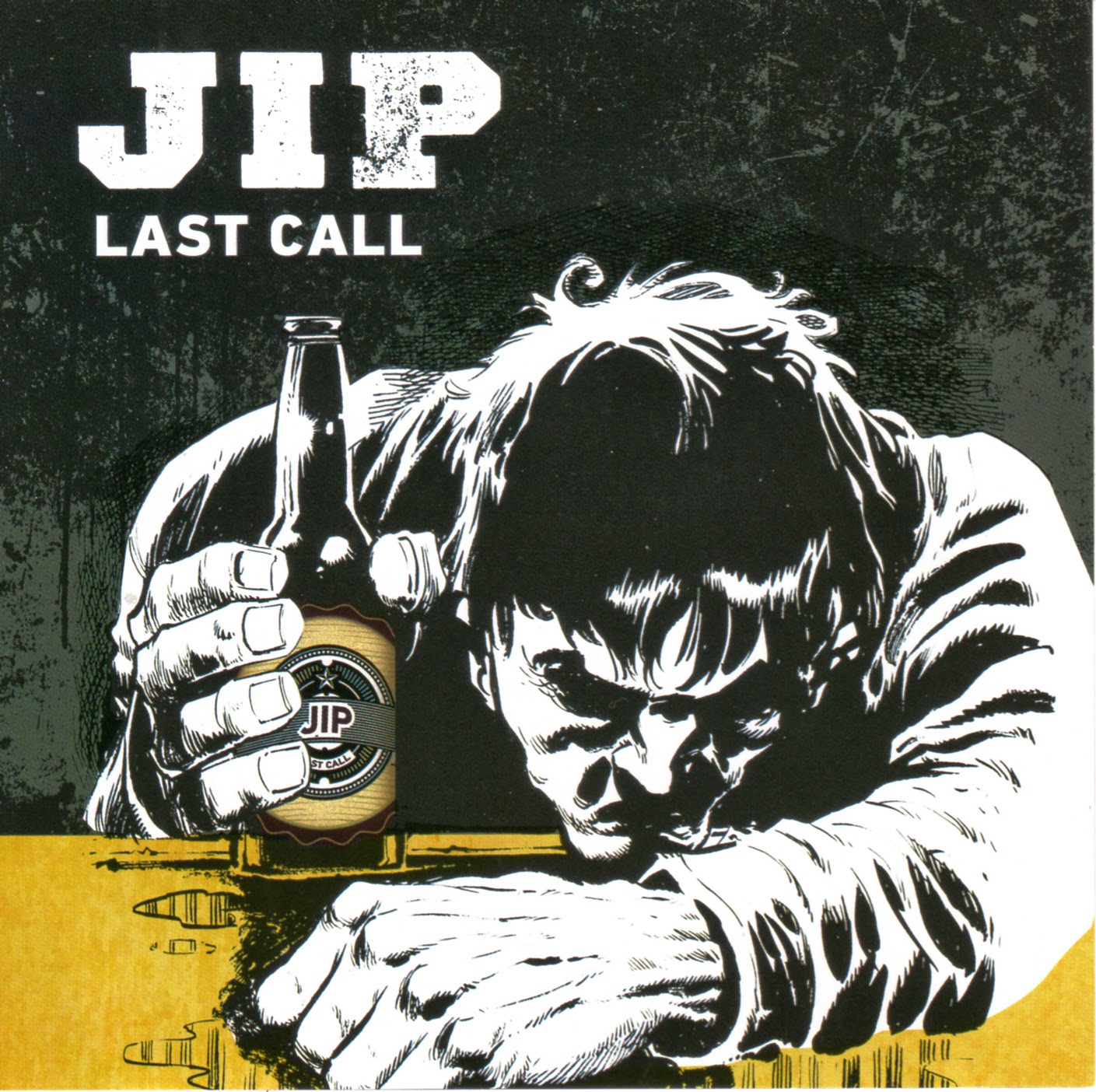 JIP took an unusual but successful approach on its 2012 EP Sparks Flames And Names by having a different guest vocalist on each of the seven tracks. On the recently released Last Call, the Chicago based trio makes good on its mission to forge a hard-hitting collection of songs that evoke alternative rock bands from the 1990s. Lead vocalist Jim Gwynn is back in the spotlight, and to say he makes the most of this opportunity would be an understatement.

It’s also an album that finds Gwynn and guitarist-vocalist Spencer Watson cutting loose on their guitars while Mike Charbonneau pounds away on the drums. Producer Andy Gerber doubles as a bass player and JIP once again gets some first-rate help from its musical guests. Stubhy Pandav from Lucky Boys Confusion provides vocals for the hard rock romance of “Power Lines,” and Joanna Stanielun, who was one of the guest vocalists on Sparks, duets with Gwynn on “Shuddering,” a swaggering look at the addictive power of love.

The title track definitely taps into vintage grunge, while “Hard Rock Soul,” with its staggered guitars and snarling vocals, and “Our City By The Lake” have more of a classic rock feel. The slow and slinky “Real Good Time” showcases Charbonneau on drums, and Gwynn and Watson’s rampage through “Still With Me” comes close to speed metal. Whatever the approach, each of these tracks has a strong melody. “Unknowns,” which provides a more peaceful acoustic ambience after the dozen energetic tracks that precede it, features Gwynn, Watson, and Charbonneau creating some impressive harmonies.
Posted by Terry Flamm at 11:43 PM