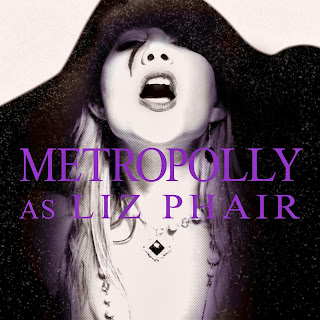 Two weeks ago, I did back-to-back posts packed with suggestions for this year’s Halloween tribute band shows. I had the annual Halloweekend—originally staged at The Abbey Pub but now at Martyrs—in mind, but there are similar events at other clubs around town. I figured I was early enough that some local musicians might act on my ideas.

I created a wish list of famous musical artists who were overdue for a tribute, and picked local acts who would be well-suited to the task. Just as I was about to do the first post, I discovered that Martyrs had already announced this year’s Halloweekend lineup. And so, what had been meant to be a blueprint, was now simply a rock and roll fantasy.

Here is the REAL schedule for Halloweekend 2013, according to one of the participant’s Facebook page. It will be held at Martyrs on Friday, October 25th. The show starts at 8:40 PM; admission is $10 in advance; $12 at the door.

8:40: Will Phalen as Beck. Phalen has recorded albums as a folk solo artist and with the band The Stereo Addicts, who describe their original work as cosmic American music, psychedelic alt-rock, and Midwestern soul. Sounds like he could be a good match for the always adventurous Beck.

9:20 Rm:509 As PJ Harvey. Comprised of Yvonne Doll and Christy Nunes of The Locals; singer-guitarist Ripley Caine; and drummer Joanna Vassilatos, Rm:509 has recorded Idle Hole, a tribute to Harvey that’s available on iTunes. This looks to be a treat for fans of the eccentric English recording artist.

10:00 Phil Angotti As The Doors. The 1960s flow through singer-guitarist Phil Angotti’s veins, but I’ve mostly seen him cover more pop-oriented acts like The Bee Gees, Squeeze, The Monkees, and The Beatles. The Doors are an intriguing choice for him, and he has worked with some talented keyboards players in the past, so this is bound to be entertaining.

12:00 The Dirty Pigeons As Ozzy Osbourne. These four guys have opened for Drive By Truckers, Dawes, Joe Pug, and other national bands on tour, so covering Ozzy will be a bit of switch for them. Even if you don’t like heavy metal, it goes hand-in-hand with Halloween, and other bands covering the genre at Halloweekend in the past have been fun.
Posted by Terry Flamm at 11:02 PM