The Smithereens At Wells Street Art Festival: A View Without Much Room 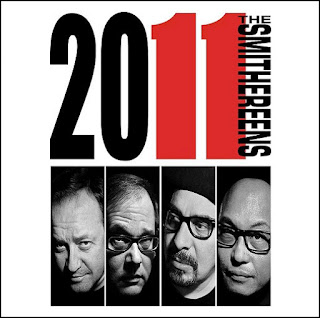 The only disadvantage to the weather being so perfect at The Wells Street Art Festival in Chicago’s trendy Old Town neighborhood this past Saturday is that it ensured a massive turnout. By the time I arrived at 3:30 PM to take in some art, photography, and free food and beverage samples before checking out The Smithereens at 5:45 PM, it was nearly impossible to squeeze through the sun-drenched revelers. This meant not being able to get a full view of the stage, but at least I could hear the songs perfectly well.

Summer just wasn’t the same last year without The Smithereens dropping in for at least one outdoor festival, so it was good to hear them cranking out their power pop gems again in 2013. They opened with the guitar-driven “Behind The Wall Of Sleep” from their full-length debut Especially For You. Introducing “Sorry” from their overlooked but very strong Smithereens 2011 CD, lead vocalist-guitarist Pat DiNizio noted that Tom Petty invited the band to join him and The Heartbreakers on tour this year after he had heard it.

The Wells Street Art Festival concert also included “In A Room Without A View,” “Time And Time Again,” “Only A Memory,” and “House We Used To Live In,” which once again segued into “Sparks,” the instrumental from The Who’s Tommy. Guitarist-vocalist Jim Babjak and drummer-vocalist Dennis Diken, as always, joined DiNizio for some well-executed jamming. Bassist Severo “The Thrilla” Jornacion was missing, due to an illness (I think), and I didn’t catch the name of the musician filling in for him. Whoever it was definitely met the challenge of propelling The Smithereens through their signature barn-burner, “Blood And Roses.”
Posted by Terry Flamm at 10:39 PM