CD Review: Big Star - Nothing Can Hurt Me Soundtrack 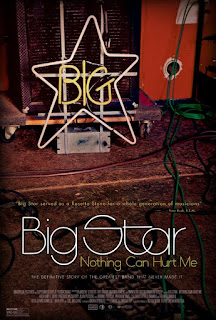 Much like the full-length documentary Nothing Can Hurt Me that has been making the rounds at SXSW and other film festivals, this soundtrack is a bona fide gift for Big Star fans. The 21 songs cover the 1970s band’s three LPs, using alternate takes, demos, and new mixes created for the film. This intimate approach isn’t as well-suited for those who’ve long wondered about Big Star’s cult status, but there’s enough evidence here to convince anyone that the Memphis-based band should have been a much bigger commercial success.

Some of the material, particularly from the more troubled and introspective Third-Sister Lovers, might bewilder power pop fans who’ve been told the genesis of the genre can be found in Big Star’s repertoire. “Holocaust” is downright disturbing, and “Kangaroo” likewise moves at a snail’s pace. The energetic funk rock of “O My Soul” is reminiscent of The James Gang while “Feel” is also typical of 70’s rock.

Still, listening to the twangy guitar and acerbic lyrics like, “Don’t blame me for what other folks do” on “You Get What You Deserve,” it’s easy to see where The dB’s got their inspiration. “September Gurls,” later a hit for The Bangles, is a template for power pop, as are “In The Street” and “When My Baby’s Beside Me.” “Thirteen” is a gorgeous tribute to adolescent infatuation, and “Way Out West” features an irresistible melody and lush harmony vocals. Nothing Can Hurt Me ultimately shows why Big Star is hailed as having a strong impact on the musicians who followed them.
Posted by Terry Flamm at 11:08 PM