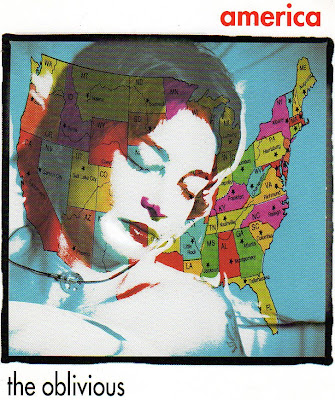 Note: This review originally appeared in the Illinois Entertainer in 1993.

A Chicago native and veteran of the L.A. and London music scenes, Holly Vincent hasn’t forgotten the irresistible melodies that made Holly & The Italians stand out amidst the original class of new wave bands. Now leading The Oblivious, she has recorded a debut that’s sure to draw new fans, and maybe send them scrambling to find her older material. Vincent’s energetic vocals are well-suited to the theme of social consciousness that runs throughout America.

The epic “Homeless” brims with an anger and frustration that can also be found on the ballads “It’s The Sound” and “America (I’m Wasted).” There are a number of guitar-driven treasures, including “Crush,” “DSF,” and “Does Anyone.” The flowery “Witness” is the only weak spot among the 14 tracks, which makes America an impressive comeback for Vincent.