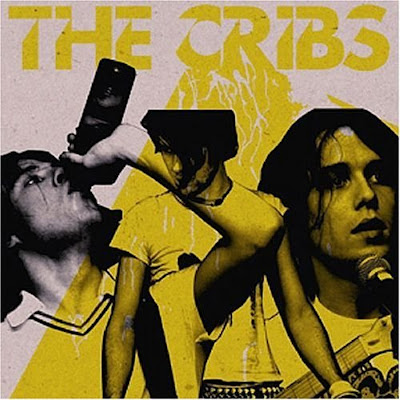 The New Fellas is an appropriately droll title for the American debut from The Cribs, three English brothers whose offbeat pop paints them as perpetual outsiders. The garage rock tune, “Hey Scenesters!” takes a jab at some social elites determined to keep a dirty secret about one of their parties. The energetic “Mirror Kisses” likewise skewers the upper class, with lines like, “You like to tell yourself that I’m nobody/I think you must have known I’d make you sorry.”

“I’m Alright Me,” one of several tracks that feature the harmony vocals of guitarist Ryan and bassist Gary Jarman (drummer Ross is the third bro’), exudes defiance through quick rhymes and a guitar-driven arrangement. The catchy title track is a prime example of how often these ‘fellas’ feign indifference in the face of a crumbling relationship. Not a helpful attitude, but at least when delivered by The Cribs, a lot of fun.