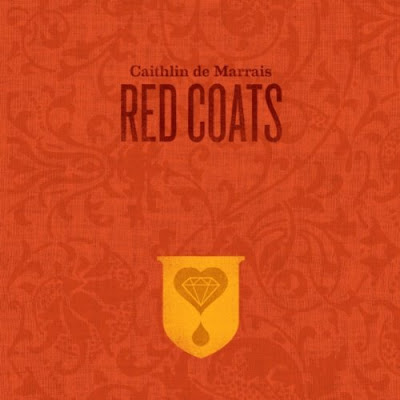 Palatine Alert: The Neverly Brothers are coming to Cutting Hall tomorrow (January 6th) for a performance at 8:00 PM. The trio covers songs from the birth of rock and roll through the British Invasion, and is a lot of fun.

And now, here’s a review that I originally wrote for the Illinois Entertainer.

Red Coats is the second solo effort from former Rainer Maria frontwoman Caithlin de Marrais since the indie rock band broke up in 2007. Marrais initially recorded these songs as a series of demos in her basement, and the final product retains that intimate setting. It’s well suited to her lilting vocals and poetic observations.

Most of Red Coats breezes by with bubbling synthesizer arrangements to help set the mood. “Lovers Light” captures the exhilaration of a moonlit dance, while “Rose Wallpaper,” with its “da da da da” scat singing, and the more rock-oriented “Hot Day” are sexy and fun. The mood darkens a bit on “Belong,” and “Sorry” has a wistful sadness about it, but these songs, along with the overly sentimental “City Girl” hardly dampen the overall lighthearted spirit of Red Coats.