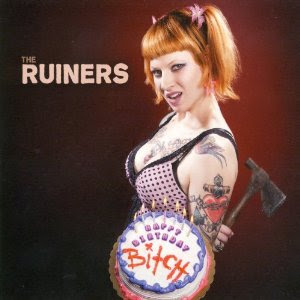 It would be a classic understatement to describe this latest release from Detroit’s veteran troublemakers The Ruiners as a nonstop party. Comparing Happy Birthday Bitch to a Halloween party where everybody’s drunk would be more to the point. Or maybe this is just the way these people act all the time and actually, those aren’t costumes.