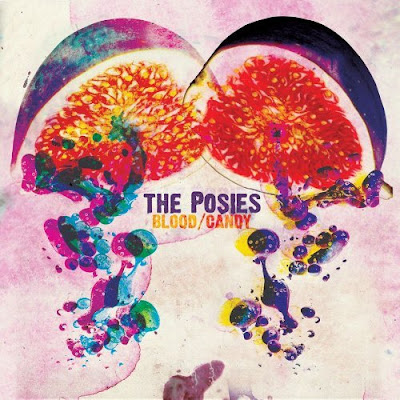 The Posies Blood/Candy Jon Auer and Ken Stringfellow were at the top of their game on this effort, which also showed them expanding their repertoire. There are plenty of tunes done in the band’s classic power pop style, as well as more adventurous material. It’s a safe assumption that Auer and Stringfellow approached this project without any preconceived notions of what Posies music should sound like, and the results are impressive.

The Like - Release Me Founding members vocalist-guitarist Z Berg and drummer-vocalist Tennessee Thomas ditched their previous alt-rock approach, picked up bassist Laena Geronimo and organist Annie Monroe. and reinvented themselves as a neo British Invasion quartet. While the emphasis is on the 1960s, The Like successfully explore new wave as well. Berg is a gifted songwriter who matches clever and caustic lyrics to irresistible melodies.

Paul Collins - King Of Power Pop Collins set the standard for this genre back in 1979 with a self-titled debut from The Beat that included memorable gems like “Rock N Roll Girl” and “Work-A-Day World.” He approached this comeback effort with a sense of humor and a treasure chest of catchy melodies. The 13 songs are a lot of fun, and should help Collins on his mission to promote power pop across America under the banner of his recently launched marketing campaign, The Beat Army.

The Hoodoo Gurus - Purity Of Essence Dave Faulkner, the lead vocalist and chief songwriter for this Aussie party band, comes across as though he believes the entire world is out to get him. Somehow, this results in a lot of fun on Purity Of Essence, which like its eight predecessors, is packed with irresistible melodies, clever wordplay, and rampaging guitars.

A 29-track effort that covers most of the former Off Broadway frontman’s career, with alternative or live versions of some of his best tunes as well as some previously unreleased gems. Even the oddball stuff like “Hello Aloha” and “Battle Of The Bands” sounds good, and there are a few interesting covers. Razors and Rose Petals (Redux) serves as a testament to this distinctive singer’s abilities as a songwriter and as an interpreter of other artists’ material. Available for download at iTunes, Amazon, and CDBaby.

Various Artists - ONXRT Live From The Archives Vol. 12 As usual, the sound quality on these live recordings, all of which aired on WXRT at some point, is very good. This is one of the better collections in the station’s long-running series, with performances from David Byrne, Vampire Weekend, The English Beat, Franz Ferdinand, and Spoon. Plus, it benefits The Gulf Restoration Network and Rock For Kids.

The Undertones - The Undertones Ireland’s melodic punk rockers were at their best on the early, adrenaline-pumping classics like “Teenage Kicks,” “(She’s A) Runaround,” and “Get Over You.” As lead vocalist Feargal Sharkey observed on “More Songs About Chocolate & Girls,” “It’s never too late to enjoy dumb entertainment.” This digital four-CD compilation proves The Undertones could create more nuanced, soul and new wave music as well.

Heart - Red Velvet Car The band’s first effort in some time shows the Wilson sisters working in a relaxed and confident mood rather than trying to blast their way back into the limelight. “WTF” rocks hard, but most of the songs they’ve come up with are low key and well-crafted.

The Librarians - Present Passed The band’s two lead singers, Ryan Hizer and Trey Curtis, join forces on ethereal harmonies while their guitar playing adds shimmering layers of atmosphere. Most of the 10 tracks have a richly textured, nocturnal feel, even as the Librarians shift back and forth from ballads to dance music.

Steve Dawson - I Will Miss The Trumpets And The Drums The Dolly Varden singer-guitarist’s first solo effort since Sweet Is The Anchor in 2005 offers further proof that Dawson’s a master of the alt-rock/Country & Western hybrid. It’s a labor-intensive project that involves him playing several instruments, with occasional help from guest musicians.