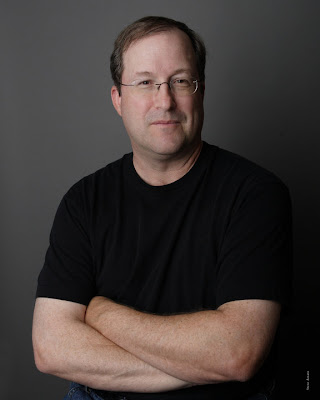 The 22nd Annual Rock For Kids Rock & Roll Charity Auction started at 6PM tonight at the Park West in Chicago, with WXRT morning DJ Lin Brehmer once again serving as its amiable Master of Ceremonies. His fellow XRT on-air personality Marty Lennartz will also be on hand to help auction off celebrity-related items from Barack Obama, Carlos Santana, Cheap Trick, the Chicago Blackhawks, Heart, Jimi Hendrix, Elton John, The Who, and Yoko Ono. In addition to WXRT, the sponsors include Whole Foods, Metro, The Chicago Reader, and Jam Productions. The money raised from this event will help provide music lessons for under-privileged kids. Drop on by and help the cause.

Tots Entertainment. Speaking of helping kids, WhiteWolfSonicPrincess, The Altunators, The Telepaths, and Daddy Burger Swag will all be performing at a Toys for Tots benefit at Duke’s tomorrow night, December 4th. The venue is located at 6920 N. Glenwood Avenue in Chicago. Bring a toy (no stuffed toys or wrapped toys) to get in free or fork over $5 for admission. The show starts at 8PM.

Good For Goodness Sake. Singer-songwriter Linda Good, who launched a successful career on the West Coast a while back, will be returning to her hometown of Chicago for some seasonal fun on December 21st. Her Holiday Musical Madness Show with SAMBA BAMBA! will take place at Martyrs on Lincoln Avenue. Good, who is also a member of The Twigs with her twin sister Laura, promises surprise guests, Christmas karaoke, a dance contest, and naughty gifts.

Cherish The Ladies, the Celtic music group led by the funny and gifted flutist and whistle player Joanie Madden for 25 many years, recently had a street named after them on the Bronx Walk Of Fame. The five-woman band has just embarked on A Celtic Christmas Tour, which will take them to Alabama, Tennessee, New York, New Jersey, and New Hampshire. No word yet on any Midwestern dates. Fans can purchase the latest Cherish The Ladies Christmas CD, A Star In The East, t shirts, and other memorabilia, on the band’s official website.

Dan Pavelich, the power pop musician behind The Bradleys and the very fun Hi-Fi Christmas various artist compilations, has a new holiday-related project going this year. The Click Beetles have a pair of Christmas tunes available for free download at cdbaby.

The Plastiscines have a new video on YouTube that features them furiously jamming through two new songs, “Time To Leave” and “Hideaway,” during a recent concert. The sound quality is pretty murky, but hopefully, this fresh material means a new CD from these young French women is on the way.

The Rock And Roll Hall Of Fame has some cool gift ideas, including Holiday Dove and Poinsettia guitar pins, snow dome ornaments, and a Have A Cool Yule coffee mug.

Feel Like Acting, Punk? You Weren’t There: The History of Chicago Punk is looking for punk extras to do some “minimal acting for a music-video style shoot” in a scene from its new film, Sacrificial Youth on December 4th from 3 to 7PM. The location is the Lucky Gator at 3950 W. Grand Avenue in Chicago. There’s no mention of monetary compensation, but You Weren’t There does promise snacks, drinks, and fun.

Wow, it looks like the Christmas 2010 issue of the U.K. magazine Record Collector was designed to be a Broken Hearted Toy stocking stuffer. This edition has articles on a Buffalo Springfield reunion, The Bangles, and The Hollies.

Meanwhile, Rolling Stone’s The Playlist Issue has various famous musicians offering their opinions on other big rock stars or genres. Tom Petty weighs in on The British Invasion, citing The Beatles, The Kinks, The Who, The Zombies, The Yardbirds, The Rolling Stones, Dave Clark Five, The Animals, The Searchers, and The Hollies as his favorites. Speaking of The Hollies’ early U.K. hit single, “I’m Alive,” Petty notes, “Those voices were incredible. They were the best singers other than The Beatles, as far as singing harmony and knocking you dead.”