CD Review: Steve Dawson - I Will Miss The Trumpets And The Drums 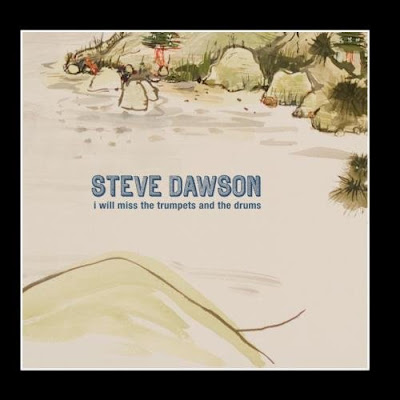 Note: This review was originally printed in the Illinois Entertainer.

Steve Dawson and his singer-guitarist wife Diane Christiansen have been mixing cutting-edge rock with Country & Western in their band Dolly Varden for years. I Will Miss The Trumpets And The Drums, Dawson’s first solo effort since Sweet Is The Anchor in 2005, offers further proof that he’s a master of this musical hybrid, and shows him drawing from other genres as well. It’s a labor-intensive project that involves him playing several instruments, with occasional help from guest musicians.

“Today She Found The Way (To Break My Heart)” evokes Van Morrison as Dawson’s soulful vocals exude heartache on lines like, “I never wanted to face this kind of loneliness, but I guess I’m gonna have to start./Because today she found a way to break my heart.” “Goodbye,” which finds Dawson backed by a full band, is another R&B number, and he gets back to country rock on the title track, “Worry Worry Worry” and “Obsidian.” On the short but gorgeous “I Wish That I Could Believe In You Again,” Dawson creates multiple layers of his vocals, while on “Long Overdue,” he opts for a more basic approach, like he’s performing live in a small club.