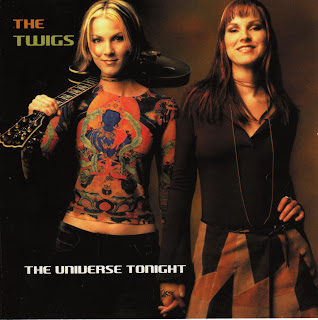 Linda and Laura Good aren’t coming back to Chicago to stay, but the fraternal twins will perform at Uncommon Ground on Clark Street tomorrow night. It’s an acoustic reunion for the founding members of The Twigs, the alt-rock band that emerged from The Good Twins over a decade ago. The sisters performed a few songs from The Twigs canon just about a year ago at the same venue during a Linda Good solo gig to promote her latest release, Love Is A Curious Thing. Thursday’s show looks to be a more extensive reunion.

According to Linda Good’s website, she’s “in the studio writing and recording new solo songs, new Twigs songs, and collaborating with many new folks.” Laura has also been working on solo projects, including a collection of children’s songs. The Twigs website reports their new CD will be released in the Fall.

The duo’s last effort was the adventurous five-song EP, You Say Ah, which continued in the cutting edge direction that emerged on 2001’s The Universe Tonight. Universe found The Twigs balancing the melodic pop of “Mrs. Green” and “Someday” with the hip-hop influenced “Lucky” and the indie rock of “Irresistible.” It also featured a sensual reinvention of The Kinks klassic “All Day And All of The Night,” plus the power pop oriented though grammatically incorrect “It’s Alright.”