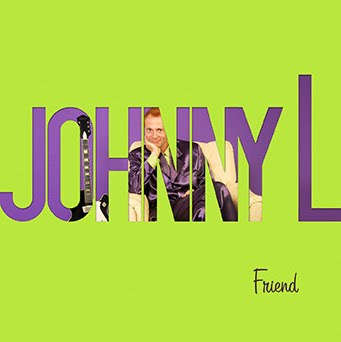 Singer-guitarist Johnny L is a veteran of the Chicago music scene, having played with one of the city’s original punk bands, The Slugs. On his second solo effort, Friend, which is dedicated to the late producer Phil Bonnet, he breezes through a collection of short and catchy pop tunes. He’s backed by drummer Holly Pintozzi and guitarist-vocalist James Pintozzi throughout most of the CD, and several other musicians drop by to help out.

“Spring Forward,” which features Mike Halston, Dag Juhlin and Gregg Juhlin of The Slugs, deals with not being able to keep up with the modern world, and mixes ringing guitars with lines like, “If you’re unhappy and you know it, raise your hand.” Johnny L creates enticing Latin rhythms for “I Have Not Told Her” and “Work Of Art,” while “Better Day” has a lush, orchestral feel. Throughout Friend, Johhny L reels off one pop gem after another, with Green vocalist Jeff Lescher helping out on “Something New,” and The Webstirs members Preston Pisellini and Mork Winkler harmonizing on “At A Loss.”