CD Review: VARIOUS ARTISTS - Be Yourself - A Tribute To Graham Nash’s Songs For Beginners 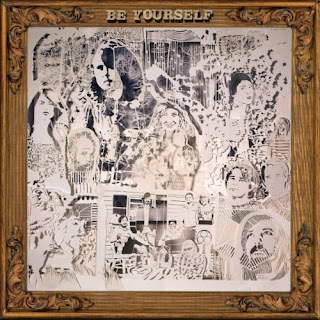 The concept of various indie rock artists covering Graham Nash’s 1971 solo debut Songs For Beginners isn’t that much of a stretch considering the genre’s current obsession with introspective songs and pedal steel guitar. It would have been fun to hear someone infuse one of Nash’s hippie reflections with mega watts of punk intensity, but there’s none of that going on here. For the most part, the various artists on Be Yourself establish their own identify without straying too far from the original material.

Nash’s daughter Nile put the CD together and contributes a stark version of “Wounded Bird.” Brendan Benson of The Raconteurs and Robin Pecknold of Fleet Foxes offer enjoyable acoustic takes on “Better Days” and “Be Yourself” respectively, while the San Francisco based band Vetiver captures the angst of the elaborate “I Used To Be A King.” Bonnie “Prince” Billy translates “Simple Man” into Spanish and tinkers with the melody but the result is a bit of a siesta. Sleepy Sun gives “Chicago” a harder edged, theatrical feel reminiscent of Hair, and Nile Nash returns for the spirited “We Can Change The World (Reprise).” Be Yourself exudes a community spirit that’s well suited to Graham Nash’s peace and love image.