“Jacksie” - A Love That Never Dies 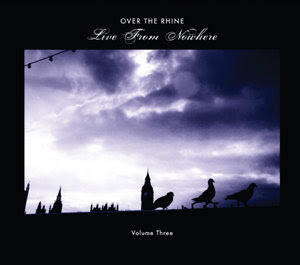 Over The Rhine, the Cincinnati based band headed by vocalist/guitarist Karin Bergquist and bassist/keyboards player Linford Detweiler, has garnered critical acclaim for weaving elements of folk, country, and indie rock behind thought-provoking lyrics.

“Jacksie,” the haunting opening track from the band’s 1992 Patience CD, was inspired by the book, A Grief Observed by C.S. Lewis. It deals with the loss of a loved one. Still, a casual listener could be forgiven for thinking this is a classic ghost story, especially with lyrics like, “They laid her in the ground./She still comes around./A love that never dies takes you by surprise.” Bergquist’s ethereal vocals, set to a slow, melodic arrangement, sends chills up your spine, especially the way her “la la la la la la la” echoes like you’re traveling through a dark forest.