"Experiment In Terror" - The Creature Walks 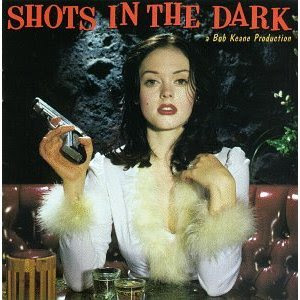 There’s a revved up version of “Experiment In Terror” on this rock and roll tribute to Henry Mancini.

“Experiment In Terror” has a slow, ominous beat and twanging guitars that conjure images of a monster creeping along some darkened street, but it was composed by Henry Mancini for a 1962 cops and robbers movie called Experiment In Terror. In the Chicago area, this song is much better known as the theme for Creature Features, which presented old time horror movies like House Of Dracula, Frankenstein, The Wolf Man, and The Mummy’s Ghost on WGN every Saturday night from 1970 to 1976.

In addition to “Experiment In Terror,” the show opened with a poem, which according to The “Unofficial” Creature Features website was written by WGN staffer Karen Verwolf. From what I can tell, that’s her real name. Werewolf? There, wolf. There, castle. Why am I quoting from Young Frankenstein? Anyway, Verwolf’s lines like, “Gruesome ghouls and grisly ghosts, wretched souls and cursed hosts” were read by Marty McNeely and Carl Greyson, both of whom served as announcer during the show’s run.

“Experiment In Terror” recalls our youthful fascination with monsters, the hours we spent trick or treating, carving pumpkins, and going to neighborhood Halloween parties in garages or basements. Plus, it’s a great song. In addition to the eerie guitars, a string arrangement adds drama and a cinematic feel. Later, there’s even a sexy sounding saxophone that puts the vamp in vampire.