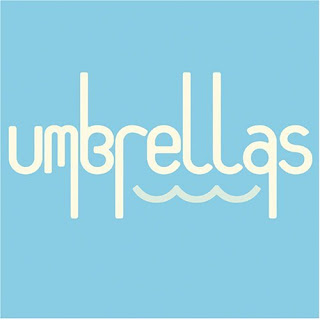 Back in 2005, vocalist-guitarist Scott Windsor gathered a secretive collection of musicians together under the name The Umbrellas. The band’s self-titled CD offered gorgeous shoegazer music with an occasional dash of energetic techno rock. “Vampires” is an impossibly catchy tune with a shuffling drumbeat amidst a hypnotic swirl of keyboards and guitars. Windsor’s androgynous vocals ooze sophistication as he sets the scene of his arrival at a high-society bash. “Last night we went to a party./There were a bunch of big names there.” The protagonist immediately senses danger. “So I’ve got one hand on my neck to keep all the vampires out./I’m gonna finish this stiff drink and I’ll be on my way.”

Windsor shifts to a more poetic tone as he describes the car ride back to his home. “I think the entire existence is asleep it’s so quiet./My headlights dance pictures on the treeline./The song floats out the window into the fog-filled night.” Although it’s not explicitly described in the song, somehow this guy gives in the vampires’ lure. “Now they’re back at my neck and they’re thirsty.” Alone in his bedroom, he reflects on what he has done. “This apple in my hand, I just took one bite.”

Of course, it’s possible Windsor intended all this as a metaphor aimed at the blood-sucking entertainment industry, but taken literally, it’s a fun and seductive Halloween treat.