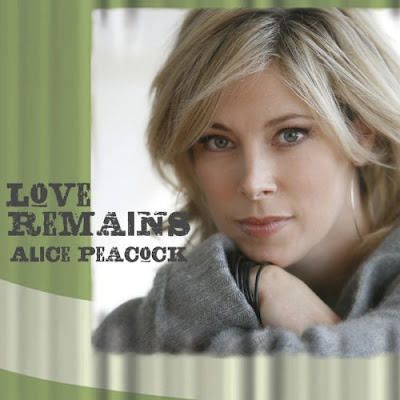 Slumgullion is a dish that is best served on Fridays, but I'll be busy getting ready for a family get-together this weekend, so I'm posting this regular feature a day early. I hope everyone has a great holiday.

Words & Pictures. Alice Peacock, the singer-songwriter who charmed guests at WXRT DJ Lin Brehmer’s Birthday Bash at Arlington Park last year, will be headlining a Rock For Reading Benefit on September 11th at Lincoln Hall on Chicago’s north side. Rock For Reading is devoted to lowering the illiteracy rates in America. Peacock will be performing songs from her four albums, and veteran rock & roll photographer Paul Natkin will be displaying 21 of what he considers his best shots. The pics will be for sale. Tickets for this all ages show, which starts at 7:00PM, are $20. A portion of profits will be going to support Rock For Reading.

Not Those Village People. English rockers The Villagers have released a low key but artistically compelling video for the melodic “That Day,” the latest single from their debut, Becoming A Jackal. The CD is doing quite well in the U.K., and The Villagers are currently touring the States, hoping to duplicate that success over here. They’ll be playing Schubas Tavern in Chicago on September 24th.

Rocking In Canada. TEE PEE Records (cool new graphics on the press release, by the way) will have a few acts from its roster on stage when the 2010 Pop Montreal International Music Festival runs from September 29th through October 3rd. Priestess, Naam, Mirror Queen, and The Main Street Gospel will be joining a lineup that also features The xx, Shonen Knife, and Deerhoof.

Be Sure To Bring Band-Aids. New Millennium Theatre Company always draws inspiration for its offbeat productions from highly unusual sources, and they’ll be at it again this weekend when they bring Texas Chainsaw Musical to the Chicago Fringe Festival. The show runs September 1st through September 5th at the EP Theater, 1820 South Halsted Street. Unlike a lot of NMTC’s efforts, Texas Chainsaw Musical is not taking place in the late hours of the night. Scheduled show times are: Friday at 4:00PM; Saturday at 5:30PM; and Sunday at 7:00PM.

Work For Love. Las Divas Productions is sponsoring an evening of Industrial and NuWave music with Eddie Riot, Resistol Cincomil, and Norma Lua at Exit on North Avenue this Saturday, starting at 9:00PM.

September Gurls Again. The U.K. based label Cherry Red Records will be re-releasing a pair of early efforts from The Bangles this month. All Over The Place will have a single bonus track, which will be the band’s cover of The Grass Roots’ “Where Were You When I Needed You.” It originally appeared as the B-Side of the “Hero Takes A Fall” single. Different Light will have an entire disc of bonus material, including different mixes of “Hero Takes A Fall,” “Manic Monday,” and “Walk Like An Egyptian,” as well as a live medley of “Walking Down Your Street” and “James.” Meanwhile, The Bangles will be performing at the Sausalito Art Festival on September 4th, and will be touring Europe and Australia in October.