Gee, But It’s Great To Be Back Home 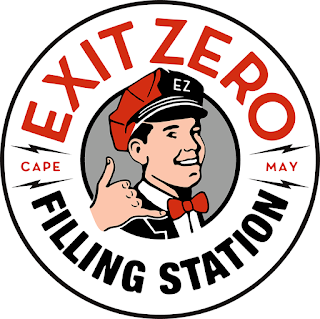 My wife Pam and I spent most of this past week in Cape May, New Jersey. Pam is fond of Victorian style houses and Cape May is to Victorian architecture what Liverpool is to Beatlemania. We booked a room at the gorgeous Mainstay Inn Bed and Breakfast. Each day, we’d walk for blocks checking out colorful homes, and took a tour of one of the largest and most famous ones. Of course, Pam knows tons more about such things, but I had a fun time as well. Victorian houses are cool.

The Washington Mall on Cape May is like its own neighborhood of specialty shops. My favorite was Marlene’s, one of those pop culture stores you find here and there but with a much wider selection. The standard Beatles, Marilyn Monroe, Pink Floyd and Three Stooges merchandise was on hand, but Marlene’s also had a Janis Joplin lunchbox, a vintage concert t-shirt of The Who (which I bought) and memorabilia for Red Hot Chili Peppers, ZZ Top, Rush, and other bands. There’s no website, so all these treasures are only available to customers who walk in the door.

To paraphrase Elvis Costello, everything is Exit Zero. Another cool place in Cape May is the recently opened Exit Zero Filling Station, which in addition to being an actual gas station, is a restaurant, bar, and shop with its own branded t-shirts and glassware. The restaurant has an appealing black and white retro decor, and on the night Pam and I dropped by, 1980s new wave songs were playing on the sound system. Owner Jack Wright, a native Scotsman, also runs the Exit Zero publishing company, which puts out magazines and books overflowing with fun and local flavor.

My June 7 Slumgullion post was called on account of two baseball/rock and roll events held in close proximity to Wrigley Field. First up was the Hot Stove Cool Music VIP Jam Session at The Brickhouse venue on Thursday, June 6. The night kicked off with several local musicians joining together under the Chicago All-Stars banner to perform an hour-long tribute to The Kinks that included “Lola,” “Where Have All The Good Times Gone?,” “She’s Got Everything,” and “You Really Got Me.” The main Hot Stove Cool Music event took place on Friday night, June 7, at Metro, and featured the Chicago All-Stars; Boston All-Stars; Chicago-based rapper Taylor Bennett; BOTO (Band Of Their Own), a group of veteran women musicians; The Chicago Children’s Choir; and special guest, blues legend Buddy Guy. WXRT morning personality Lin Brehmer once again excelled as the event’s host. Everyone came through with solid performances, and a massive amount of money was raised for the Foundation To Be Named Later.
Posted by Terry Flamm at 9:46 PM