A Tribute To Terri 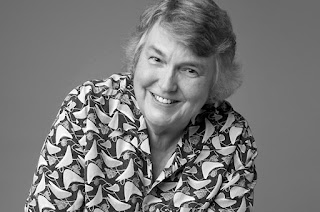 WXRT DJ Terri Hemmert has announced she’ll be semi-retiring; leaving her weekday mid-morning shift but continuing to host Breakfast With The Beatles each Sunday. Hemmert, a Radio Hall Of Fame inductee, has been part of the progressive rock station almost since its start in the early 1970s. With her conversational, no-hype approach to broadcasting, she was a welcoming presence when many of us decided to tiptoe away from Top 40 radio to the more adventurous landscape of the FM dial.

For the many fans she’s gained over the years, mornings just won’t be the same. But Hemmert won’t completely disappear. Like Frank E. Lee, another XRT veteran who officially retired a few years back, she’ll fill in for the station’s other on-air personalities when needed. And she’ll still be sharing all that fab gear music on Breakfast With The Beatles

On a related note, Hemmert will once again serve as the MC for The Fest For Beatles Fans - Chicago when it takes place at the Hyatt Regency O'Hare on the weekend of August 9 – 11. Her extensive knowledge of music and quick wit serve her well while interviewing celebrity guests. Hemmert has said that watching The Beatles on The Ed Sullivan Show gave her the idea to become a radio personality. It seemed like a great way to meet her favorite musicians. Considering that working at WXRT enabled her to interview Paul McCartney, that plan has worked out pretty well.
Posted by Terry Flamm at 9:57 PM