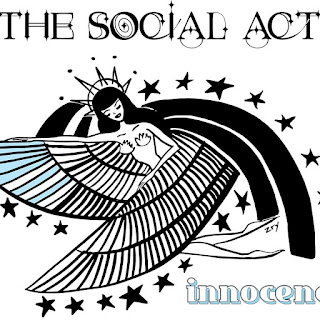 The Social Act had a successful run on the Chicago club scene in the late 1980s and recorded hard-hitting but melodic songs like “Reverend Joe,” “World War III,” and the irresistible synth number “Heaven Is Waiting.” The band resurfaced a while back and will be performing at Martyrs’ on Lincoln Avenue this Friday night. Lead vocalist Ellis Clark, who’s also a former member of Epicycle and The Handcuffs, as well as a solo artist and producer, promised via a Facebook post that The Social Act will unveil some brand new songs at the gig. Soul Honey Records and Liz Toussaint will also be on the bill that night. Show time is 9:00 p.m.

The Soundtracks Of A Generation, a collective of Chicago area musicians who recreate classic albums on stage, will be celebrating the 50th anniversary of the Woodstock festival a few months early. Their ambitious show at the 210 Live venue in Highwood this Friday will follow the original chronological order, from Richie Havens to Jimi Hendrix. The band promises all the major Woodstock acts will be covered, which I assume includes Sly And The Family Stone; Crosby, Stills and Nash; Santana, Ten Years After; The Who; and Country Joe and The Fish. The tie-dyed fun kicks off at 6:00 p.m.
Posted by Terry Flamm at 9:35 PM