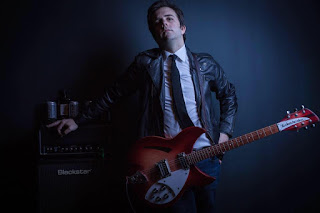 First Fling, the latest installment of CHIRP Radio’s The First Time Stories and Songs series takes place this Wednesday night at Martyrs’ on Lincoln Avenue. Host Jenn Sodini will be joined by six participants from Chicago’s entertainment scene who are willing to reminisce about their first secret crush or romantic encounter. The storytellers this time out are writer-comedian and host of the Vocalo urban alternative radio program Jill Hopkins; actress-writer and founder of the Tellin’ Tales Theatre company Tekki Lomnicki; singer-songwriter Danielle Sines from the Impulsive Hearts band; Ellen Mayer, co-author of the Girl, I Guess: Progressive Voter Guide For Chicago; comedian Tyler Snodgrass; and CHIRP DJ Roberto Luzuriaga. The critically acclaimed power pop band Frisbie will perform a song to augment each participant’s tale. Admission is $10, the flinging starts at 8:00 p.m.

I’ve already posted the lineups for tonight and tomorrow night’s International Pop Overthrow showcases at the LiveWire venue on Milwaukee Avenue, and there are a lot good bands to enjoy. Wednesday night opens with Youngstown, Ohio singer-songwriter Johnny Stanec at 8:00 p.m., followed by singer Andrew Robert Palmer, who describes himself on Bandcamp as “a regular guy doing a very small thing.” The other acts Wednesday night are the power pop band Phil Yates and The Affiliates; “intergalactic experimental performance artist” Leisure McCorkle; and the veteran IPO power pop band Rollo Time.

Thursday night’s International Pop Overthrow opens with indie rocker Aaron Williams; and also features Go Time lead vocalist Scott Niekelski, whose band just released another solid album. Chicago power pop band Treeshakers (who list The Hollies and Pezband among their influences) will be on hand; as well as the always fun and energetic The Artist Formally Known As Vince band; and IPO veteran/musician/comedy writer Mike Vanderbilt and The Suburban Garage Sound. See the official International Pop Overthrow website for links to all of the above artists, as well as the full schedule through April 20.